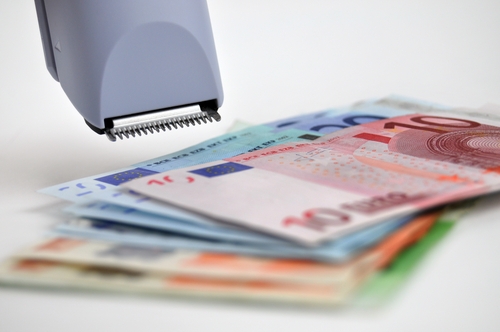 LONDON — Europe should consider cutting costs for consumers by rewarding renewable power and energy efficiency through the region’s carbon market rather than through expensive subsidies to utilities, the head of EON SE’s trading unit said.

Clean-electricity producers should be granted free European Union carbon allowances instead of receiving higher electricity rates for wind and solar installations, Klaus Schaefer, chief executive officer of EON Energy Trading SE, said Nov. 21 in an interview in Amsterdam. Using permits to promote low-emitting power would probably reduce the attractiveness of some solar technologies that currently cost consumers at least 10 times more than prices suggested by the carbon market, he said.

The bloc provided $50 billion of renewable-energy support in 2011, the highest level in the world and more than double the U.S.’s $21 billion, according to International Energy Agency estimates from Nov. 12. Much of that money was in the form of subsidies on prices for green electricity produced in market segments such as solar and wind. Funds might be better spent by offering such producers extra allowances for every ton of carbon dioxide they avoid emitting, according to Schaefer.

“If you really want to specifically subsidize certain parts, give them more than one allowance,” Schaefer said. “Treat them a bit better than other means of avoiding carbon dioxide, but nevertheless integrate them into the system.”

The bloc’s carbon market works by capping the number of emission allowances available and allowing those who need more to buy from those who have too many. Still, giving more away for free would reduce the number available for sale by nations, potentially cutting their revenue. Georg Oppermann, an EON spokesman, declined to detail Schaefer’s idea, saying more analysis was needed.

Cutting the cost of energy systems and climate protection is challenging because nations rather than EU lawmakers control energy policy, according to a June report part funded by the European Investment Bank.

“We need more, and not less, of Europe to prevent us from losing ourselves in a confusing, inefficient and expensive patchwork quilt of regulation and subsidies,” Schaefer said Nov. 23 in a blog on the utility’s website.

“Conceptually speaking it may make sense,” Dechamps said in an interview in London. “I don’t think it’s easily feasible.”

Jos Delbeke, director general for climate at the European Commission in Brussels, said in June that the bloc hasn’t wasted an excessive amount of money on renewable energy, whose benefits also include security of supply and the creation of new markets and technology, as well as carbon-emission reduction.

“If you attribute the costs on these dimensions, then you come into a different picture,” Delbeke said. “I am not saying we should not rationalize our subsidies. It’s not contradictory. I’m all in for that. The cost of renewables is coming down.”

The EU is now considering changes to its carbon market to fix a glut of emission permits, which will be one of its few chances to mend the program and show it can help stimulate economic recovery, said Daniel Rossetto, managing director of Climate Mundial Ltd., a London-based consulting company that works in carbon markets.

“This is the opportunity that sits on the table today and we are at risk of overlooking,” Rossetto said Nov. 27 in an interview. He was until March an executive director in the environmental markets unit of JPMorgan Chase & Co.

Some of the subsidies for renewable energy have led to overcapacity in power markets and may have been wasted, Schaefer said. Europe can only afford renewables that are financed as cheaply as possible, he said, citing solar incentives as too expensive.

EON said reducing emissions by installing so-called PV solar technology costs about 100 euros ($129) for every metric ton of carbon dioxide, compared with a price of 6.03 euros for carbon permits on today on the ICE Futures Europe exchange in London. That would be the lowest close for the contract ever.

The bloc should be very careful about introducing new subsidies, such as so-called capacity payments designed to reward utilities that keep plants open just in case they are needed, Schaefer said.

“If we accept the fact that we have overcapacity across Europe already right now, it means there is capital that could have been invested to the benefit of Europe in a better way,” he said.

EU carbon permits have fallen 57 percent in the past two years, prompting governments to impose other measures to incentivize green power. The U.K. has created a disincentive for fossil fuels based on a so-called carbon floor price as it seeks to encourage nuclear power, for instance.

“What we’ve seen is that the renewable energy targets, energy efficiency rules and complementary measures are eating into demand for allowances,” Abyd Karmali, head of carbon for Bank of America Corp. in London, said Nov. 2 by phone.