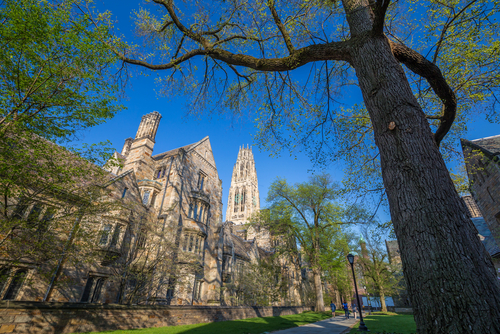 Stanford, Oxford and Georgetown universities have won praise for promising to purge their endowments of direct investments in coal, embracing the fight against climate change.

One detail gets lost in the celebration: the colleges have few, if any, such investments to sell in the first place.

Almost three dozen colleges have announced fossil-fuel divestment pledges over the last three years, and their actions tend to have less substance than advertised. The divestment movement is letting colleges take credit for largely empty gestures, when it should be focused on energy conservation or measures such as a tax on the carbon emissions, that could curb global warming, some academics and environmentalists said.

“These efforts are pure window dressing,” said Frank Wolak, an economics professor who directs Stanford’s energy and sustainable development program. “And, much to my surprise, the student groups are complicit in this deception.”

Activists have campaigned on hundreds of campuses demanding universities sell shares of 200 companies with the largest reserves of oil, gas and coal. Six of the ten richest schools complying have limited pledges by considering only direct investments, excluding money overseen by outside managers. Many said they would unload only coal companies, which the colleges said were the worst polluters.

Bill McKibben, founder of 350.org, the New York-based environmental group backing the student campaign, said the movement “had a long way to go,” yet it was still “remarkable that mainstream elite institutions are standing up to the fossil-fuel industry at all.”

Oxford University, calling itself “a world leader in the battle against climate change,” said in May it would avoid direct investments in coal and oil-sands companies in its $2.6 billion endowment. The British university, in fact, held none, it said. Syracuse University similarly announced it would divest from fossil fuels only to say it had no direct holdings.

Last May, Stanford’s President John Hennessy, citing his school’s responsibility “as a global citizen to promote sustainability for our planet,” said the university would divest direct stakes in the 100 largest coal-mining companies. Student activists at Stanford Fossil Free called it “a groundbreaking victory.”

“The board of trustees made a commitment to make no future investments in coal,” Lapin said. “As one of the nation’s largest institutional investors, this commitment is not inconsequential.”

Stanford and other schools also say their pledges should be viewed as part of a much larger effort to cut carbon emissions, which includes increased spending on environmentally sustainable campuses, as well as teaching and research. They also say their legal duty to the well-being of schools requires caution when ruling out investments.

“We remain hopeful that alternatives to other fossil fuels will become available as alternatives for coal are available today,” said Stacy Kerr, a Georgetown spokeswoman. “We think this is a first step and likely not the last.”

The 10 wealthiest schools announcing commitments to divest since last April oversee a total of more than $30 billion of assets. Excluding Stanford and Georgetown, which declined to provide exact amounts, the institutions have committed to sell a total of about $25 million of fossil-fuel stocks, according to a review by Bloomberg.

Many of the schools aren’t doing anything more than Harvard, Yale and others that have declined to sell any fossil- fuel holdings at all. The Ivy League institutions, which have faced sit-ins and other protests, say portfolios must be managed for the financial well-being of schools and climate change can be fought through teaching and research.

“The concerns of the students are understandable but the message from the divestment movement is fundamentally misguided,” said Robert Stavins, the director of Harvard’s environmental economics program. “We should be focusing on actions that will make a real difference.”

Organizations representing the coal and petroleum industries said time would be better spent developing more efficient technology. Even some activists have started to question their own victories. Stanford students have begun protesting again, and at Georgetown, GU Fossil Free issued a statement calling the university’s recent announcement “a tiny step,” sayings its continued fossil-fuel holdings are “undermining its Jesuit values and global reputation as a moral leader.”

“We woke up the next day and said we’re going to continue to push this until this board does pay heed to the community,” said Aaron Silberman, a freshman from Austin, Texas, who is studying international politics. “We’re going to keep fighting.”