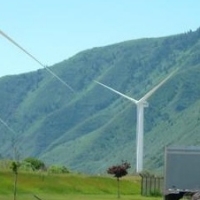 Pennsylvania, United States [RenewableEnergyWorld.com] This summer, a two-part story written by China Strategies LLC elicited many questions about the Chinese wind power industry. Many of the questions were raised by the investment community and centered around a US $450 million contract between Chinese wind turbine manufacturer, Sinovel Wind Power Science and Technology Co. Ltd., and American Superconductor (AMSC). In an attempt to set the record straight, we offer this follow-up story.

Despite engaging with the West for more than thirty years, China continues to be opaque to many Westerners. Perhaps it is China’s physical distance from the West, a language that few foreigners are game to master, a culture that is decidedly different from our own or a continued incredulity that any country could sustain the feverish pace of economic development that China has achieved over the last fifteen years.

Whatever the reason, China’s elusiveness to many Western observers is now reflected in observations about the emerging renewable energy industry. The observations range from disbelief to conjecture to wishful thinking. Dynamic industries, such as the Chinese wind power industry, are ripe for this unstable cocktail.

Our recent articles, China’s Wind Power Industry: Blowing Past Expectations and China’s Wind Power Industry: Localizing Equipment Manufacturing, both examined the incredible pace at which the wind industry is growing in China. However, some industry analysts appear to remain dubious. One group of responses, which originated in investment community, wonders whether to believe the estimates of how fast China’s wind industry is growing. And a related question centers on the meaning of a US $450 million contract that was awarded to AMSC by Sinovel earlier this year. These questions include whether the deal flow for Sinovel is as substantial as reported, what the contours of Sinovel’s supply chain are and how policy-making in Beijing is affecting the company.

The differing views about the AMSC/Sinovel contract appear to stem from questions about the validity of Sinovel and particularly whether this little known (in the United States) wind turbine manufacturer is positioned to execute on its reported plan to grow rapidly over the next several years.

Curiously, despite the presumably large investments that the investment banking community has made based on this very contract, there appears to be a dearth of detailed information about Sinovel.

Indeed, where good information is scarce everything from conjecture to fabrication arises.

To fill that information void, China Strategies LLC developed a 60-page research report that focuses on Sinovel’s present circumstances and near term prospects. Our forte at China Strategies is to drill down to solid facts that our clients can evaluate on their own.

Relying primarily on Chinese language research, the report we developed on Sinovel addresses those issues that the investment banking community raised. In it, there is a list of more than ten projects for which Sinovel is to supply some or all of the wind turbines; this list has been culled from various Chinese sources, including reports of the terms of specific contracts related to Sinovel and publicly issued RFPs for related equipment where Sinovel is the supplier of the wind turbines.

We have also addressed the industry that supplies Sinovel with components, such as bearings, gearboxes and electrical systems and we have looked at the role of the Chinese government in the development of the Chinese wind industry generally and its impact on Sinovel in particular.

While Sinovel is the clear focus of our report, we have put the questions involving Sinovel squarely in the context of the development of the Chinese wind power industry.

Among other things, we show the changing predictions of wind power installations in China and highlight the most significant regions in China for the development of wind farms. Our report also discusses the changing fortunes of the foreign wind turbine manufacturers and their domestic counterparts, lists the most significant Chinese wind turbine and components manufacturers and points out the importance of CDM (clean development mechanism) financing in the development of the indigenous industry.

China Strategies, which has more than twenty years of experience with China, regularly works with original Chinese language materials, understands the relationship between policymaking and economic development in China and remains vigilant in focusing on concrete information, is determined to paint a full picture of China for its clients. To request further information on the report on Sinovel Wind Power Science and Technology Co. Ltd., click here.