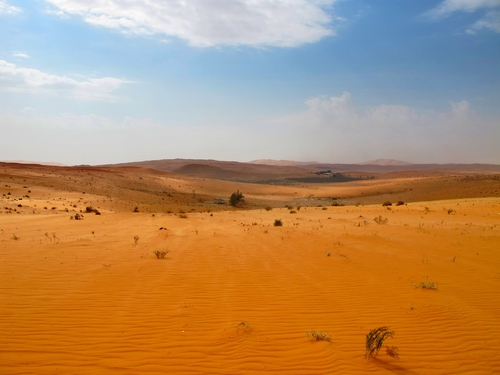 Riyadh, Saudi Arabia — Mecca, which hosts millions of pilgrims a year visiting Islam’s most holy shrine, is working toward becoming the first city in Saudi Arabia to operate a utility-scale plant generating electricity from renewables.

The city on Jan. 5 plans to select from a group of at least 20 bidders competing to build and operate facilities producing 385 gigawatt-hours per year of power including 100 megawatts of solar capacity, said Mayor Osama al-Bar.

“No city in Saudi Arabia owns power-generation assets, and we want to be first city that owns power plants and hopefully the first in the Muslim world,” al-Bar said in an interview on Sept. 16 in the nation’s capital, Riyadh.

The plans are the latest indication that the desert kingdom is stepping up efforts to diversify its sources of energy as economic and population growth threaten to erode Saudi Arabia’s status as the world’s biggest oil exporter.

The central government is seeking $109 billion of investment for building a solar industry, aiming to get a third of Saudi Arabia’s power from the sun by 2032 compared with almost none now. The target is almost as much as the $136 billion invested worldwide in solar energy last year, according to Bloomberg New Energy Finance.

Mecca’s program complements that work and may provide a guide for other Middle Eastern cities on how to adopt the technology, said Adnan Amin, director general of the International Renewable Energy Agency.

“The project is very visionary as Mecca has special significance around the world,” Amin, from the Abu Dhabi-based industry organization, said in an interview in London on Sept. 18. “The case is very simple. In 25 years, they (Saudi Arabia) could become net importers of energy. That makes renewables comparatively cheaper.”

Mecca is located 70 kilometers inland south of the Red-Sea port of Jeddah. The city is the birthplace of Islam and it has around 2 million residents and it hosts more than triple that number every year. For the over 1.3 billion Muslims around the world, each person must visit the city at least once to perform pilgrimage in his life time.

Saudi Arabia depends on oil for 86 percent of its annual revenue and is accelerating exploration for natural gas and planning to develop solar and nuclear power to preserve more of its valuable crude for export. Less than 1 percent of its energy came from renewables last year, according to data from BP Plc.

The nation gets more than twice the sunshine of anywhere in Europe and about as much as the brightest parts of the south- western U.S. Research at the King Fahd University of Petroleum & Minerals in Dhahran estimated Saudi solar radiation between 4.5 to 7 kilowatts per square meter a day in the kingdom. Greece by comparison measured 1.7 kilowatts, according to the European Photovoltaic Industry Association.

The Saudi program is being managed by the King Abdullah City for Atomic and Renewable Energy, a government-backed institution independent of the energy ministry and Saudi Arabian Oil Co., the state oil company known as Aramco.

In Mecca, groups competing for the work include Saudi Binladin Group and ACWA Power International, the mayor said. Work on the project should start in June next year with completion within five years.

Some of the facilities will be fuelled by a mix of fossil fuel, wind, or biomass, al-Bar said. The electricity from the project will be used for lighting and in 35 tunnels, helping defray some of the 100 million-riyals ($26.6 million) a year Mecca spends on electricity. The province is the biggest power consumer among Saudi Arabia’s 13 regions.

“We are open to all options, but solar must be there and then other renewable sources can go into the mix,” he said. Mecca produces 4,000 metric tons a day of garbage that also can be fed into power plants, al-Bar said.

Saudi Arabia’s electricity demand is growing 8 percent a year to keep up with a 3.2 percent annual increase in the population, which numbered more than 25 million in 2011, according to government figures. Mecca hosted 5.8 million pilgrims in first nine months of this year and expects another 1.8 million visitors by the end of 2012.

The kingdom aims to generate as much energy from solar cells as it pumps out of the ground to export in the form of crude, Oil Minister Ali Al-Naimi said in a speech in Krakow, Poland, in June 2011. He said the nation has the potential to produce enough solar power to meet four times current world electricity demand.

The developer on the Mecca solar contracts will be able to operate the plants until it can recoup its investment, the mayor said. The bidder offering the shortest contractual period will win the business, according to Mecca’s municipal authorities.

“During the Build-Own-Transfer contract duration, generators will be selling electricity to Saudi Electricity Co., and after the contract ends, the city will own the power plants and it will sell electricity just like any other independent producer in the country,” he said.

The kingdom currently has about 3 megawatts of solar installations, trailing Egypt, Morocco, Tunisia, Algeria and the United Arab Emirates, according to Bloomberg New Energy Finance.

The Saudi government targets 41,000 megawatts of solar capacity within two decades. That would save as much as 523,000 barrels a day of oil equivalent, according to Ka-Care.

That target is “not just a short-term measure to meet energy demand,” said Amin of the Irena industry group.

“It’s a strategic approach through which Saudis are slowly beginning to compensate for internal consumption and to develop the possibility that they can become exporters of renewable energy, particularly solar,” he said. “It’s at the beginning point, but it’s happening.”