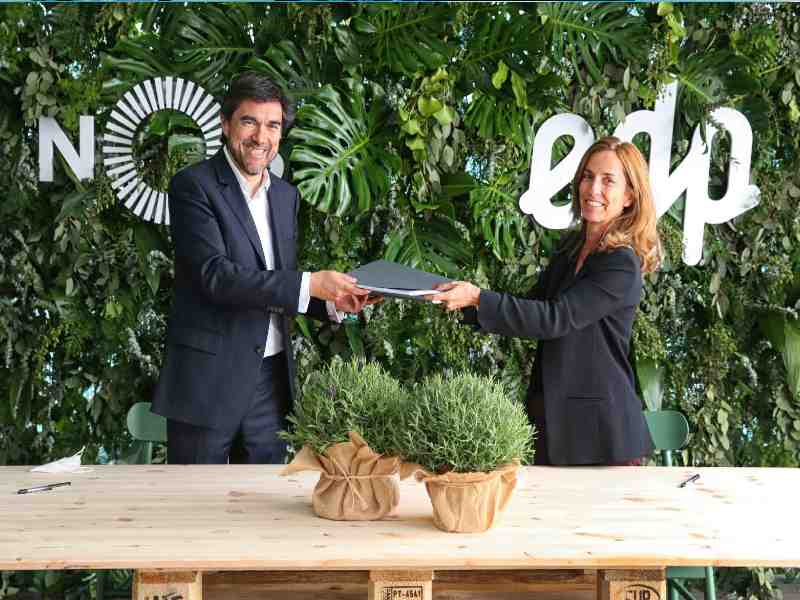 Portuguese telecommunications company NOS has signed a €32 million ($38.6 million) deal with utility EDP for the provision of renewable energy to power its operations over a period of 10 years. EDP Renewables will source the clean energy from a wind farm the company is developing in Spain to power NOS’ operations in the Iberian Peninsula.

The contract includes the supply of 62 GWh of clean energy annually between 2023 and 2033, helping the telco to save 20% on its electricity bill. NOS will not suffer any increase in energy tariffs other companies might witness in the event energy suppliers hike their prices.

The deal is part of efforts by the two companies to achieve their decarbonization and sustainability goals, as well as to contribute toward the achievement of national and European climate action targets.

EDP is leveraging power purchase agreements (PPA) to expand its base of customers seeking to play a pivotal role in the energy transition. PPAs are also encouraging an increase in the development of renewable energy infrastructure. By 2025, EDP plans to invest €24 billion ($28.9 billion) in developing the infrastructure required to become carbon neutral by 2030.

In Portugal, EDP Comercial had already established an 18-year contract with AAPICO (former Sakhti), a foundry that supplies some of the largest car brands.

“This is an absolutely pioneering step for a telecommunications operator in Portugal and will be essential for the achievement of the commitment made by NOS, to align its decarbonization efforts with the goals of the Paris Agreement and the carbon neutrality target of the European Green Deal,” said Miguel Almeida, chief executive officer of NOS. “Change is urgent and requires the commitment of us all.”