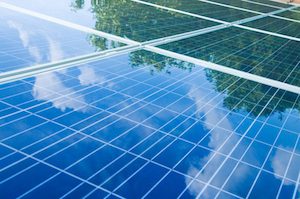 Globally, the cost of renewable energy has been dropping like a stone for many years. Records are set with each and every tender. (Tenders are reverse auctions where a government requests a set amount of capacity and developers bid their best price.) For wind, the lowest bid is currently for a project in Mexico where Enel said it could build a wind farm and sell the energy for 1.77 cents per kilowatt-hour. For solar, the record stands at 1.79 cents per kWh for a 300-MW project in Saudi Arabia. And by the time this issue goes to press, those records could have been beaten.

When these records are announced two things generally happen. First, industry insiders question the assumptions that went into the low bids:

• Will the projects really be built for those low prices?

• Will technology prices be cheap enough?

• Will quality be compromised across the board?

The second thing that takes place on the heels of super low bids for renewable energy is a giant celebration. “Look! Renewables are beating coal, nuclear, and even gas! Look! Grid parity!”

But I have a third concern about low prices that is rarely discussed: Who is being exploited? I recently saw a stomach-turning video that kept me thinking for a few days. In the video, which was shot in India, a group of people approach a field of solar PV with hammers and begin to pound on the modules, shouting while breaking the glass and covering the modules with sand. They continue this for more than a minute. It’s unclear whether they are workers who helped install the solar or landowners on whose land the solar farm was built. But either way, they are mad as heck and taking revenge.

In researching why they might be so angry I have learned that more than one farmer in India has publicly committed suicide because he believed he was unfairly compensated for his farmland that was used for a solar farm. In one case, he publicly drank poison in front of the statehouse as a protest and then died in the hospital 6 days later after his kidneys shut down.

I believe that renewable energy should be better than this. Coal gets a bad rap for black lung disease and poor treatment of miners; fracking for natural gas is blamed for countless ills; but renewables are supposed to be the opposite. This is an industry that tells the world how “clean” it is.

Clean energy, clean air, a clean world. But are we? Maybe we shouldn’t be so quick to celebrate those low prices after all.