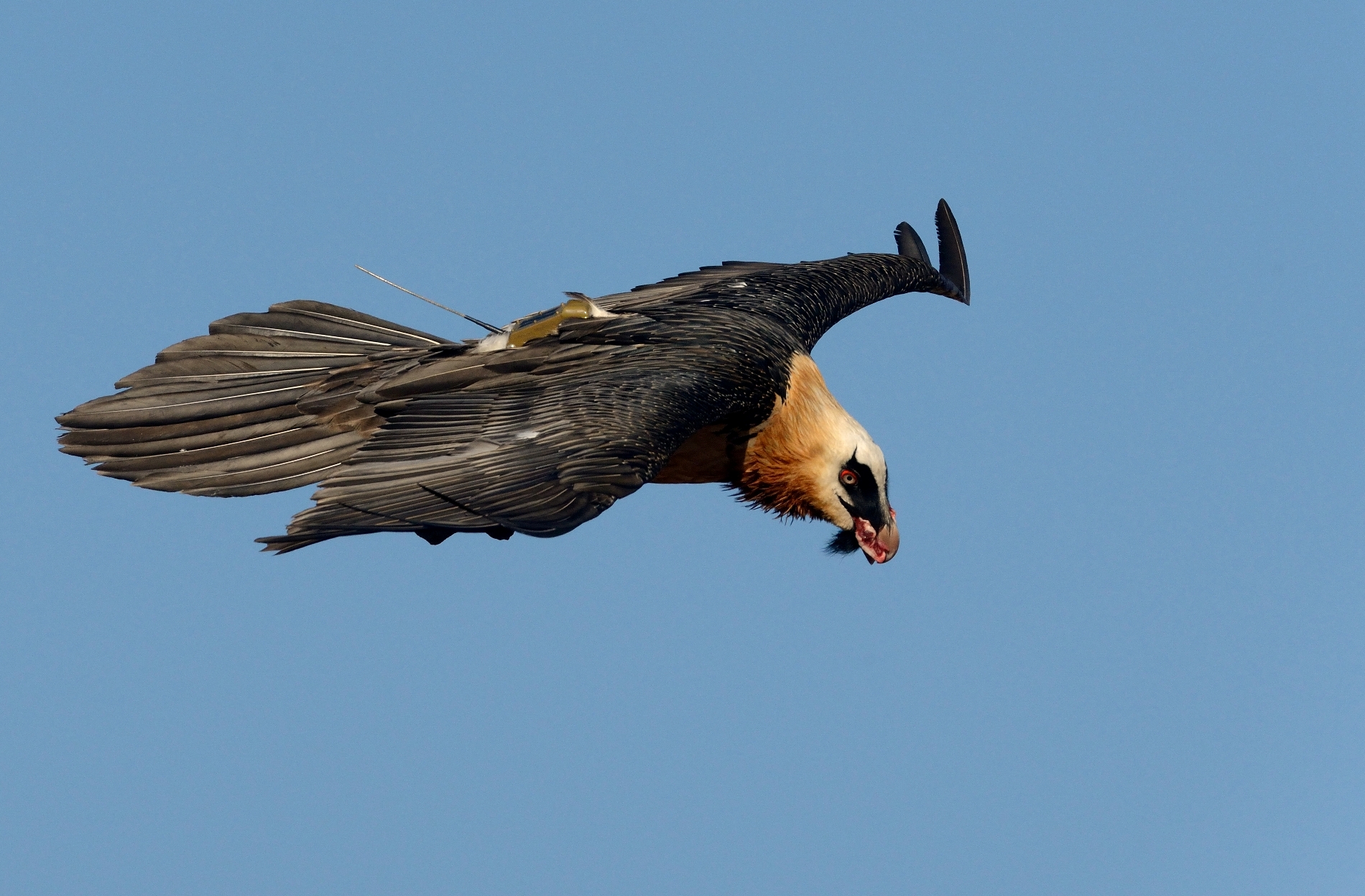 Ecologists have developed a new map that could help Lesotho’s first wind farms generate low carbon energy without putting the region’s vulnerable vulture population at risk. The map is part of a study published today in the British Ecological Society’s Journal of Applied Ecology.

The researchers from the University of Cape Town, Ezemvelo KwaZulu Natal Wildlife and Natural Research, an ecological research charity based in Scotland, hope the map will help wind farm developers in Lesotho and surrounding South African provinces site turbines away from areas used by the bearded vulture (Gypaetus barbatus).

The bearded vulture is listed as critically endangered in southern Africa, where there are just 109 breeding pairs. The population in the region has declined by more than 30 percent in the past five decades.

According to senior author Dr Arjun Amar of the University of Cape Town: “To make the best decisions, those in charge of planning wind farms need the best information. The maps we have developed mean they can now compare the location of any proposed wind farm with reliable information about how bearded vultures use the landscape.”

Although Lesotho currently has no wind farms, large scale developments are being planned. Two wind farms with 42 and 100 turbines have already been proposed, and there are longer-term plans for multiple wind farms throughout the Lesotho highlands, with up to 4,000 turbines generating around 6,000 megawatts.

To produce the map, the researchers developed models that included information on topography, nesting and feeding sites, as well as data from 21 bearded vultures that had been fitted with solar-powered GPS satellite tags as part of a long-term conservation project.

Between 2007 and 2012, the tags generated the equivalent of 31 bird-years of data, logging the vultures’ location, altitude and speed every hour during daylight. Because adult vultures and juveniles behave differently, the team produced different models for birds of different ages.

They then explored where the vultures where most likely to fly at a height where they might collide with the spinning blades of a wind turbine, which can be up to 150m tall. This ‘at risk’ use was then incorporated into the final map to help guide the siting of wind turbines.

The results graphically illustrate the dangers of planning wind farms without having reliable data on the distribution of vulnerable species. The new map shows that there is a high probability of bearded vultures visiting the two proposed wind farms in Lesotho.

“Unfortunately, our maps show that the Letseng wind farm — which has already received approval — is located among the top 1 percent of worst possible sites for juvenile bearded vultures, and could therefore kill considerable numbers of a threatened species whose population is already declining,” Dr Amar explains.

The study also found that topography — in particular changes in steepness such as the cliffs which generate the thermals that vultures and raptors use to search for prey — has the greatest influence over the birds’ distribution. This means that the same technique could be used more widely for other species.

The bearded vulture occurs in Africa, Asia, the Middle East and Europe and is declining in many areas throughout its range. Poisoning, both accidental and deliberate, as well as habitat loss, disturbance of breeding sites and collision with power lines are considered to be the main threats.