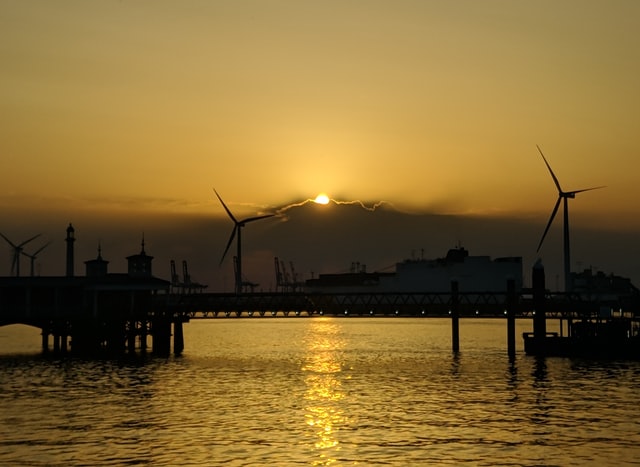 East Anglia has cemented its position as a major center for renewable energy with the completion of the East Anglia ONE offshore windfarm – an incredible achievement, particularly during the COVID-19 pandemic.

All 102 Siemens Gamesa offshore wind turbines – situated 43km off the Suffolk coast – are now fully operational, with the capacity to produce 714MW of clean energy.

Each year, the park will produce enough renewable energy to power the equivalent of more than 630,000 homes.

Around 20% of the turbine installation and half the turbine connection work was completed during lockdown, with ScottishPower Renewables and its project partners transforming how they worked to get the job done.

This included switching to a higher number of smaller vessels, creating crew ‘households’ who lived and worked together at all times, introducing new welfare protocols and minimizing crew changes.

This comprehensive approach allowed the project to be completed on time, creating a source of vital green energy to keep homes, businesses and communities powered during the crisis and beyond. East Anglia ONE will now play a major part in contributing to the UK’s target of meeting net-zero by 2050.

In addition to the significant impact the windfarm will have on the UK’s low carbon future, East Anglia ONE’s achievement and ambition will continue far beyond energy power. The site has already brought major benefits to the local economy, regional jobs market and wider UK supply chain.

Almost 3,500 jobs were sustained during the construction phase, which began in 2017, while 100 long-term skilled jobs have been created at the operations and maintenance base in Lowestoft.

ScottishPower Renewables co-invested £5 million in Peel Ports Great Yarmouth to prepare it for construction and marshalling activity. Over the course of the project, more than half of the project’s supply chain has come from the UK market, exceeding the commitments made as part of its successful bid for Contract for Difference funding.

The two new apprentices will be based at East Anglia ONE’s state-of-the-art new operations and maintenance building at Hamilton Dock, Lowestoft; a key part of a £25million investment made by ScottishPower Renewables into the port. The apprentice recruitment drive comes on the back of the offshore wind industry target announced in March to employ 3,000 new apprentices across the industry by 2030.

Charlie Jordan, East Anglia ONE Project director at ScottishPower Renewables, said: “The final commissioning of East Anglia ONE is an incredible milestone for us and our project partners, as well as our wider stakeholders, the East Anglian region and the whole of the UK. And it comes at a crucial time as the UK takes it first steps towards a green economic recovery.

“Reaching this point was always going to be an extremely important moment for us – heralding the start of full production of green energy from a major site that will play a real part in the UK’s path to net-zero.  What has made it even more incredible is the determination and tenacity of our team, who have worked tirelessly to deliver this significant technical project amidst an unprecedented pandemic, which none of us could have planned for. This was also the first time we have worked with Green Investment Group, and I would like to thank them for their support.

“I am extremely proud of everyone involved who has helped to deliver the project, doing so in a safe manner. I am delighted East Anglia ONE will play a leading roll in the region’s green energy production, and will also become a hub of industry, investment and skills as we continue to build the green energy sector that’s so important for our future.”

The completion of this project brings the total capacity of UK offshore wind supported by Macquarie and GIG to over 5.7GW across 14 projects.

Andrew Elmes, East Anglia ONE Senior Project Manager at Siemens Gamesa, added: “The team reacted superbly to the COVID-19 pandemic, preventing East Anglia ONE from being derailed by the unprecedented situation. Safety issues to be managed in a critical period included: complete vessel, accommodation, and crew reorganizations; quarantine events, social distancing, suspect cases and testing onsite. We are extremely proud to have done so while achieving several key customer – and Siemens Gamesa – business milestones, despite the uncertainty. We’ve now commissioned the entire offshore wind power project, making real our commitment to providing clean energy for generations to come.”