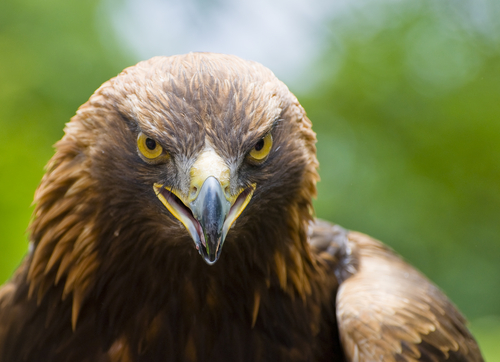 On April 29, the U.S. Fish and Wildlife Service (USFWS) announced the Draft Environmental Impact Statement (EIS) for Eagle Take Permits (ETP) for the Chokecherry and Sierra Madre (CCSMP) Phase I wind energy project in Carbon County, Wyo. The project, which would affect over 4,000 acres, with 500 turbines, would be one of the world’s largest energy projects.

Eagles are protected under the Bald and Golden Eagle Protection Act. However, USFWS can issue “take permits,” allowing someone, in this case, the Power Company of Wyoming (PCW), to take live eagles and their eggs where the take is associated with, but not the purpose of, an otherwise lawful human activity or project. Without a permit, PCW risks punitive federal eagle protection charges.

From PCW’s application, USFWS estimated the “disturbance take” of two bald eagles at one nest and eight golden eagles at four nests, annually, until construction is completed, in about four years. Disturbance includes injury, decreased nesting productivity and abandoning nests. USFWS estimated annual eagle fatalities, associated with the programmatic permit, at two bald eagles and 14 golden eagles for a 120-meter-diameter turbine versus one bald eagle and 10 golden eagles for a 103-meter-diameter turbine (size is still undecided).

So how do these numbers inform decisions about protecting eagles and advancing energy policy? These numbers become part of a dynamic analytical sequence. They are not singular, “go” or “no go” statistics.

For a permit to advance, Clint Riley, an assistant regional director with the USFWS Mountain Prairie Region office, said the question is “whether or not all steps have been taken to avoid eagle fatalities. We are authorized to permit a level of take that is considered unavoidable.”

Kevin Kritz, a wildlife biologist in the Maintain Prairie office, said that take permits are evaluated based on whether or not plans and consequences are, indeed, “permittable,” based on allowances and restrictions set by law.

There is also a broader review. The EIS presents a “Cumulative Impacts” section, evaluating the incremental effects of numerous activities over time. Biologists evaluate a take level that still maintains stable and increasing breeding populations beyond just the project site. For bald eagles, the EIS estimates that such cumulative activity “would result in minor to moderate, long-term, extensive impacts on bald eagles” in the local area population (LAP).

Concerns are higher, though, for golden eagles, which, from past policies, have a zero-take threshold. The EIS said it is probable that cumulative activity “within the LAP would result in moderate to major, long-term, extensive, adverse impacts on golden eagles.” To proceed, then, this ETP would need to set strict allowances to protect individual eagles and ensure a thriving population.

The public has until June 27 to comment on the EIS, which provides the first opportunity to review all aspects of the project. Details are on the EIS website. The USFWS is not obligated to make an ETP decision by any set deadline.