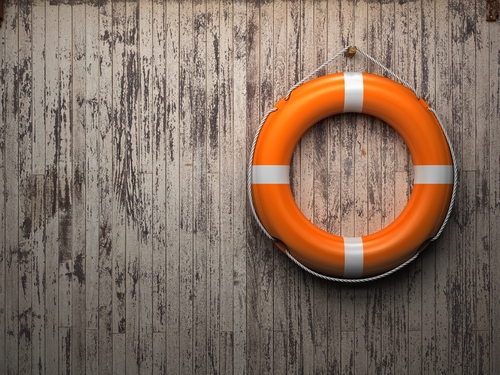 Aarhus, Denmark-based Vestas, which has been hurt by higher-than-budgeted costs to develop its V112 turbine and cuts in green energy subsidies, said in July it agreed with its banks to defer a so-called test of financial covenants, delaying loan payments after losses eroded its cash flow. The government is now saying it won’t step in to bridge any periods of financial distress at the company to prevent it going bankrupt.

“We cannot and will not support a single company,” said Martin Lidegaard, Denmark’s Energy Minister, in an e-mailed reply to questions. “It is against the government’s general state aid policy.”

Vestas in 2012 announced two rounds of job cuts that hit more than 3,700 employees, or a sixth of its workforce, to reduce fixed costs by more than 250 million euros ($323 million). The company is struggling to stay competitive as it faces declining demand in Europe and the U.S.

The world’s largest wind turbine maker would consider selling about 500 million euros in shares to existing investors if talks on a strategic cooperation with Mitsubishi Heavy Industries Ltd. fail, said two people with knowledge of the matter last month.

Shares in Vestas sank as much as 3 percent to their lowest since Aug. 16, and were 2.9 percent down at 29.84 kroner as of 12:30 p.m. in Copenhagen, making it today’s worst performer in the country’s benchmark OMXC20 index. The stock has lost 52 percent this year, versus a 26 percent increase in the OMXC20.

The government’s position means Vestas’ clients will start speculating on how reliable a supplier the company is, according to Jacob Pedersen, an analyst at Sydbank A/S.

“Some turbine buyers will see Vestas as having a weaker financial strength,” Pedersen said by phone today. It’s now clear that “the white knight that some clients had assumed was there to justify using Vestas as a supplier won’t come,” he said.

Denmark, which is also home to the wind power division of Europe’s biggest engineering company Siemens AG, has set itself a goal of becoming a hub for new developments in green energy technologies, Lidegaard said.

Still, the government won’t favor local suppliers in tenders and will base any decisions solely on competitive considerations, the minister said.

“Price will be the determining criterion,” in Denmark’s plan to tender new offshore farms with a capacity of 1,000 megawatts,” Lidegaard said. “There will be no discrimination.”

Shares in Vestas rose earlier this month after Danish Prime Minister Helle Thorning-Schmidt said tough economic conditions shouldn’t deter investment in renewableenergy. Denmark plans to get half of its energy supply from wind by 2020, installing 3300 megawatts of new turbines with 1,500 MW offshore and 1,800 onshore.

Denmark’s wind industry, which employs about 25,500 people, made up 6.4 percent of the country’s industrial exports in 2011, reaching total sales of $8.96 billion, according to the Danish Wind Industry Association. Vestas’ European sales reached $3.3 billion last year, compared with total revenue of $7.5 billion.

Outside Denmark, austerity is weighing on subsidies for renewable energy in crisis-stricken Europe and the outlook for turbine makers is hampered by the expiration of tax breaks in the U.S. Increased supply of natural gas is also hurting demand for wind energy.