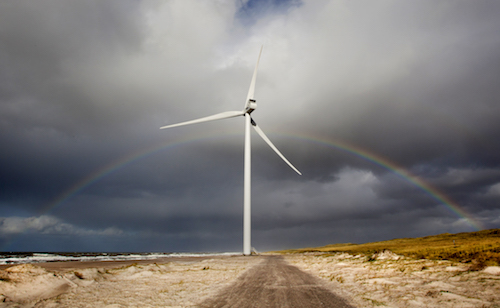 After more than four decades of relying on subsidies, Denmark’s renewable energy industry is ready to survive on its own much sooner than anyone expected.

“We’re now very close to arriving,” he said in an interview in Copenhagen on Monday, after receiving a set of recommendations from a government-appointed panel on Denmark’s energy future.

The development marks a milestone. But it also comes at a time when the direction of global energy policies is in doubt, with U.S. President Donald Trump questioning the science behind global warming. He’s promised to revive America’s coal industry, and made clear he’s an enemy of wind power.

Denmark is on target to have all its energy needs covered by renewables by 2050, with half that goal set to be achieved in 2030, the panel said. Much of the new capacity will be built without subsidies, according to the panel. It recommended all energy consumption, including heating and transportation, be shifted to electricity generated by renewable energy.

Industry members are also surprised at the pace of the shift. Niels B. Christiansen, the outgoing chief executive officer of Danfoss A/S (an engineering firm that provides heaters and coolers) says he expects the cost of producing renewable energy to drop below market electricity prices at some point between 2020 and 2030.

“A year ago, it was debatable whether renewable energy costs could drop so low,” he said in an interview. “But everyone’s now thinking that it will probably happen sooner.”