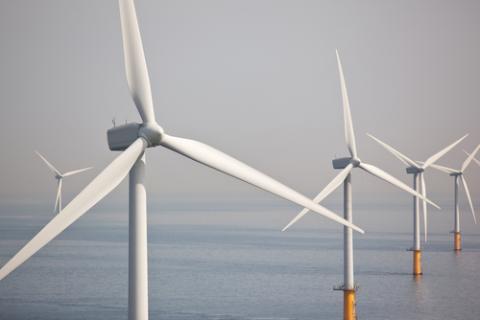 The company has spent more than a 5 percent threshold on the 30-megawatt project off the coast of Rhode Island, Chief Executive Officer Jeff Grybowski said yesterday in an interview. That will let the $300 million wind farm qualify for the federal investment tax credit.

“We believe we’ve qualified for the tax credit,” he said. “We will not only meet that 5 percent threshold, we’re confident we’ll exceed it by a good margin.” The project is on track to begin offshore construction in 2015, Grybowski said.

Renewable-energy projects must begin construction, or spend at least 5 percent of the anticipated budget, before Jan. 1 to earn the credit, which reimburses developers as much as 30 percent of costs.

The company, based in Providence, Rhode Island, expects the Block Island project to be the first of several it’s planning in deeper waters where there’s stronger wind, Grybowski said.

“It’s important to demonstrate that we can permit and build a project in the U.S.” before seeking “multibillion- dollar financings for much larger projects,” he said.

Deepwater is planning a 1 gigawatt wind farm about 15 miles (24 kilometers) south of Martha’s Vineyard, Massachusetts, that may cost as much as $5 billion, with construction starting in 2017. The company has received backing from the hedge fund D.E. Shaw & Co.