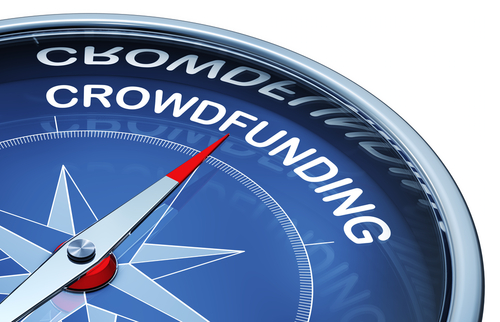 If you paid for it, you probably won’t be mad that it’s near your house. That, at least is what the proponents of green energy are saying.

Crowdfunding, a way of raising money that asks the masses on the Internet to each chip in, is rising in the renewables industry. Traditionally used by charities, it has raised 165 million euros ($180 million) worldwide to develop 300 clean energy projects, according to a presentation at the Renewable Energy Crowdfunding conference in London on Nov. 5.

Public backlash has been a significant hurdle in the deployment of both onshore and offshore wind farms, with locals objecting to the visual effect and the noise of the turbines. Crowdfunding could potentially create a link between the project developers and the municipality, diminishing this risk.

“An incentive for developers would be benefits such as help getting planning permission,” said Julia Groves, founder of London-based Trillion Fund, which counts fashion designer Vivienne Westwood among her investors for clean energy. “The largest players would do it for the engagement value and help with reputation.”

Large-scale renewable energy projects built by experienced developers in Europe and North America generally do not have trouble attracting capital with the promise of steady yields in the prolonged low interest-rate environment, but they can still face challenges. There are more than 300 anti-wind farm action groups in the U.K. alone, according to activist Country Guardian.

Plans to build a 5.4-billion pound ($8.3 billion) offshore wind project in Navitus Bay, U.K. were scrapped in September after escalated complaints that it would harm protected views off the southern coast of England. Turbines in France, the U.S. and other sites in the U.K. have faced similar shut-downs amid public pressure.

Crowdfunding is unlikely to raise the full amount of capital needed – remember when someone tried to get every European citizen to chuck in 3.19 euros for a 1.6 billion-euro Greek bailout in June? But it could be an option for a portion of project costs.

“Crowdfunding has the possibility to decrease the backlash risk especially with smaller scale projects,” Keegan Kruger, wind analyst at Bloomberg New Energy Finance, said. “Its success would vary region by region, as public attitude towards renewables differs across Europe.”