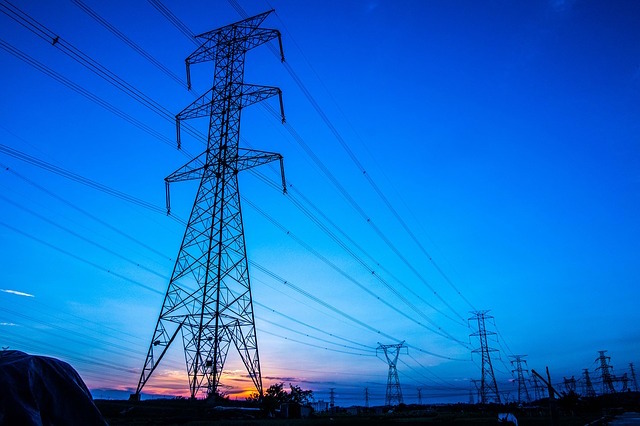 The D.C. Circuit Court of Appeals upheld the Federal Energy Regulatory Commission (FERC) approval of controversial new rules for America’s largest power market. We are disappointed because these rules unnecessarily funnel money from electricity consumers to fossil and nuclear power plants while largely excluding competition from reliable, economical wind and solar power and demand response (paying volunteers to cut electricity use when the grid is stressed).

Procurements in solar, wind, and demand response fell as a result of the new rules fully taking effect in PJM, the electric grid operator serving 65 million electricity customers in the Mid-Atlantic and Midwest. While the price per megawatt was not as high as it could have been largely due to cheap natural gas flooding the system and falling electricity demand, consumers are paying too much because PJM had consumers buy fossil-fuel and nuclear resources that are more expensive than clean energy.

At issue in the case was whether FERC, in approving PJM’s rules, did its job to ensure that the rules would not impose unreasonable costs on consumers and would not favor certain energy resources over others without good reason. Despite our arguments that FERC failed to satisfy its duties and explain its reasoning—a position shared by state oversight agencies, rural electric cooperatives, public power, and clean energy advocates—the Court sided with FERC, largely deferring to the agency’s expertise on grid reliability.

During the 2014 polar vortex, coal and gas power plants that had promised to be available failed—coal piles froze and poorly maintained gas plants could not operate in the extreme cold. Instead, strong winter winds and demand response helped ensure reliability during the cold snap. The experience spurred PJM to overhaul its capacity market rules to include high penalties for resources failing to deliver electricity as promised—but also require that all capacity resources be available 365 days a year.

It’s an Appropriately Set Penalty, Not the Length of the Commitment Period that Ensures Reliability

What FERC—and the Court—did not understand is that the key part of the new rules that functions to ensure reliability is the penalty for resources failing to perform as committed, which can be applied to commitment periods of any length. Contrary to what FERC thought in its approval, the length of the commitment period doesn’t have to be 12 months—for example, there could be two six-month commitment periods covering the full year instead. Enabling shorter commitment periods that together cover the full year would allow resources that perform reliably and economically on a seasonal basis, but not necessarily for 12-months at a time, to compete with traditional power plants.

This is important for clean energy and consumers because both electricity demand and economical, emissions-free and fuel-free supply in PJM are seasonal in nature. Both supply and demand peak in the summer in most parts of PJM, and it’s cheaper on the hottest summer days (when everyone is running the AC at full blast) to pay willing customers to curtail or shift electricity use instead of firing up expensive, inefficient, and highly polluting backup power plants to accommodate greater electricity demand. Procuring on a seasonal basis saves consumers from having to pay too much for these expensive power plants while avoiding costly and wasteful over-procurement in the off-peak seasons.

From a legal perspective, the always-available, all-year requirement disadvantages non-traditional resources and makes consumers pay more than they should – which is what FERC is legally obligated to guard against. In upholding FERC’s decision, the Court deferred to FERC’s position that the key to reliability lies in the length of the commitment period, but it’s an appropriately set penalty that ensures that committed resources actually deliver electricity.

PJM recognized the benefits of seasonal resources and proposed to let them “aggregate” to patch together 12 months of availability. Under this mechanism, seasonal resources would have to find another resource in the region with complementary availability and negotiate a contract to share the risks and rewards of participating in the market, which is burdensome and inefficient. Under rules at issue before the Court, only one company in PJM had managed to aggregate, and it did so by combining resources within its own fleet. Moreover, allowing seasonal resources to aggregate does not overcome the expense of procuring the same amount of capacity all year, because PJM will still be over-procuring in the off-peak seasons and stranding summer-only resources (that can’t find a winter resource to pair with) that could otherwise more economically meet the higher summer peak.

The Court’s decision deferred to FERC’s thinking that aggregation would be a sufficient mechanism to enable seasonal resource participation. But PJM’s latest auction results illustrate the problems with aggregation, even though PJM had loosened its rules to make aggregation easier since FERC’s approval. As predicted, many summer resources seeking complimentary winter resources did not find any to pair with. The amount of demand response procured this year thus fell by 24 percent compared to last year, and solar fell by almost 63 percent; both of these resources tend to be stronger in the summer. Wind procurements fell by 8 percent, which is a large decrease but not as severe as that for summer resources because some of the winter wind combined with summer resources to become annual resources. While some seasonal resources could combine into annual capacity, they were a drop in the bucket compared to the total capacity procured, making up less than 400 MW, or about 0.2 percent of the total procured this year.

The reliability of the electric grid is a matter that everyone takes seriously, and variable renewable and demand-side resources have proven to be highly reliable and cost-effective—the problem is that the market rules were designed around traditional, fuel-burning resources and need to take into account the evolving resource mix.

A number of parties have filed complaints at FERC to reexamine the ability for seasonal capacity resources to participate in PJM’s capacity auctions, which we’ve supported. Here’s hoping FERC will make the right decision the second time around.

This article was originally published by the Natural Resources Defense Council and was republished with permission.