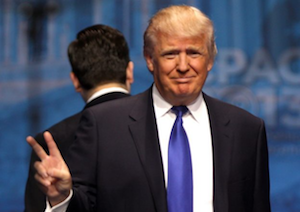 Try it yourself. A quick Twitter search demonstrates the depth of U.S. President Donald Trump’s skepticism of the science behind human-induced climate change. Unsurprisingly, this belief formed the foundation for much of Trump’s campaign platform for energy policy. Combined with the prospect of full Republican control in Congress for at least the next two years, it is likely that the Trump administration will diminish President Obama’s legacy for climate action, which is supported strongly by a majority of Americans. However, silver linings for a sustainable U.S. energy future may yet be visible in the populist agenda adopted by the incoming administration. Could Trump have a positive, albeit unintentional, climate legacy?

In May 2016, then-candidate Donald Trump released his America First Energy Plan, including a number of measures to be taken within the first 100 days of his presidency. Broadly speaking, these commitments reflect the intent of the Trump administration to deregulate domestic U.S. energy production to drive private sector growth for coal, oil, and natural gas. So far, the President seems to be fulfilling this promise. By greenlighting the Keystone XL and Dakota Access pipeline projects, nominating climate skeptic Scott Pruitt to lead a silenced Environmental Protection Agency (EPA), and ordering a review of the Paris Climate Agreement, Trump has sent an unmistakable signal. 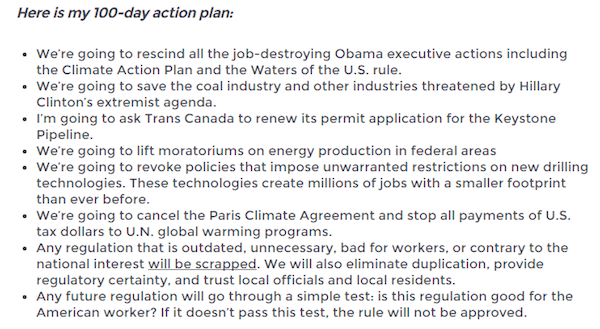 It is worth noting, however, that this platform is surprisingly muted toward domestic renewable energy itself—seen by most as a core pillar to meeting U.S. climate goals set at the December 2015 climate talks in Paris. Instead, Trump’s Energy Plan seems to echo growing public sentiment about perceived federal regulatory overreach over fossil fuels and its impact on economic growth and, most importantly, job creation. The implication here is that federal regulations, rather than fundamental economics, are driving the declines in domestic fossil fuel industries such as coal and oil.

The unfortunate reality for Trump voters inspired by this message is that America’s declining fossil fuel industries have little to do with federal regulation. Rather, new research is making clear that cheap and domestically sourced natural gas and renewable energy are outcompeting coal for electricity generation. Driven primarily by the advent of hydraulic fracturing or “fracking” technologies, domestic consumption of natural gas for electricity rose to a record high in 2015.

Similarly, 2015 easily broke records for U.S. renewable energy, adding over 10,000 MW in new capacity—3,500 times more than the 3 MW added from coal. Even for regions of the country with the cheapest coal resources, such as Wyoming’s Powder River Basin, coal now competes poorly with both natural gas and renewable alternatives.

Unsurprisingly, U.S. electricity consumption from coal in 2015 fell to one third of peak levels in 2007.

The strong performance of renewable energy technologies in the U.S. has come despite disproportionately high federal support for fossil fuels. An estimated $150 billion was spent through federal stimulus programs and subsidies for renewable energy during the Obama administration. By comparison, fossil fuel subsidies in the U.S. exceed $37.5 billion annually, and totaled a whopping $300 billion over the course of Obama’s presidency.

Skeptics of this comparison correctly point out that fossil fuels account for more of the U.S. primary energy mix than renewables and therefore have higher generation productivity per unit of federal monetary support. What this perspective ignores, however, is the tremendous historic skew in federal support for fossil fuels over renewables. Existing estimates of federal support for fossil fuels also do not incorporate the tremendous costs borne by U.S. taxpayers related to the military, climate, local environmental, and health impacts of the fossil fuel industry, estimated to be nearly $700 billion annually or 3.8 percent of gross domestic product.

The marked decline in coal jobs in the U.S. is closely associated with increased automation in the industry as well. Although new positions in the coal industry are being created in the development, observation, servicing and maintenance of these machines, automation is expected to dramatically reduce operational jobs in drilling, blasting, and transport, which constitute roughly 70 percent of coal mine employment. Overall, it is estimated that automation is likely to replace 40 – 80 percent of workers in coal mines, with newer mines and those with substantial remaining reserves being the most targeted for automation.

Scraping the Bottom of the Barrel

Putting aside the emergence of cheap American energy alternatives and accelerating industry automation, domestic oil and coal companies are simply running out of affordable options to maintain historic output levels. Gone is the age of surface-mined high-quality coal reserves and bursting shallow oil rigs. Having already exploited this “low-hanging fruit,” modern fossil fuel companies are facing the unenviable choice between increasingly capital-intensive extraction processes and lower quality-fuel resources. In both cases, companies are struggling to match historic profit-margins due to the energy needed to extract or upgrade modern coal and oil resources.

For oil companies, this choice is often among expensive and environmentally destructive extraction practices such as tight shale oil fracking, deepwater oil extraction, and low-quality oil tar sands resources. Meanwhile, coal companies are deploying expensive mountaintop removal and deep underground mining techniques to extract increasingly low-energy-content lignite coal. These factors are reflected in the U.S. Energy Information Administration’s 2017 Annual Energy Outlook, which projects that coal and crude oil prices will generally increase through 2040. These fundamentals are not, however, restricted to coal and oil. Already, market analysts are speculating when, not if, the natural gas industry will face similar constraints.

If President Trump’s campaign promise of sustained jobs growth is not forthcoming from America’s fossil fuel industries, where then can he turn? Clean energy technologies and associated infrastructure present a massive, and so-far underutilized, opportunity for meaningful collaboration on climate change with the Trump administration. Indeed, Trump’s campaign platforms for infrastructure investment in a “modern and reliable electricity grid” and creating 25 million new jobs in the next decade dovetail with the continued strong performance of renewable energy in the U.S.

Wind plant manufacturing is currently the fastest growing job sector in the U.S. economy—and this employment has been concentrated in the “Rust-Belt” states, which were pivotal in swinging the presidential election toward Trump. Similarly, domestic solar companies are growing 12 times faster than the overall job creation rate in the U.S. economy. In total, renewable energy sector employment in the U.S. grew 6 percent in 2016 to 769,000 jobs, while employment in gas, coal, and oil exploration and extraction combined fell 18 percent, to 375,000 jobs.

Time for an Infrastructure New Deal?

Aside from the growing economic contribution of renewable generation technologies themselves, modernization of U.S. electrical grid infrastructure is perhaps the best opportunity for meaningful climate action during the Trump administration. Currently, electricity in the U.S. is transmitted and consumed within three geographically distinct grid systems, centered on the Eastern and Western seaboards and in Texas. Because these systems rely on inefficient and aging alternating current transmission cables, electricity cannot be economically transmitted between these grids, regardless of its generation source. As a result, electricity generated from renewables is periodically unable to be linked to sufficiently large demand markets, resulting in wasted generation potential.

Examples of this issue, known as “curtailment,” include Texan utility companies paying wind farms to shut down their turbines on windy days, and solar panels outside Tucson, Arizona, being left inert on sunny days. Coupled with the fluctuation or “intermittency” of energy supply from individual solar and wind generation facilities, curtailment presents a significant roadblock hindering private sector uptake of renewable energy investment opportunities. The fact that renewables are consistently breaking global records under these constraints suggests that we are only beginning to capture their true potential.

Proposals for grid modernization, such as the Clean and Secure Grid Initiative, have suggested a realistic pathway through which these challenges can be addressed while providing a level playing field for all energy technologies to compete, creating thousands of jobs, and meeting emerging security threats that are aligned with the Republican agenda. The initiative proposes establishing a tax credit for private sector investment in an underground high-voltage direct current (HVDC) transmission system to connect the three isolated U.S. electrical grids. This system would enable the efficient transmission of energy across long distances, allowing energy technologies to compete on an even footing. Aside from its associated short- and long-term job creation benefits, a national grid would provide significant grid-security benefits, including protection from environmental disasters and terrorist threats.

A groundbreaking study underlying this initiative indicates that, with a national grid, the U.S. has sufficient geographic and meteorological diversity to supply much of moment-to-moment electricity demand from renewable sources without the need for battery storage and with the technical possibility of up to an 80 percent reduction in power sector carbon emissions. Importantly, this emissions reduction potential does not come at the cost of arbitrarily selecting energy industry winners and losers or increasing electricity costs for consumers. A Priority List of emergency and national security infrastructure projects prepared for the Trump administration suggests that there is significant mutual interest in this opportunity. 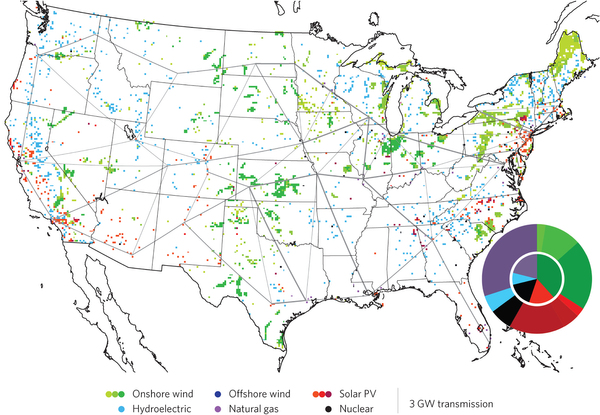 While early signs have been troubling, climate activists should not give up on the prospect of collaboration with more conservative-leaning players. Most of Trump’s early environmental executive actions should be understood for what they are: symbols rather than substance. A State Department assessment of the Keystone XL pipeline suggests that fossil fuel companies will find alternative pathways to sell their oil regardless of whether the pipeline is installed or not. Federal greenlighting of these projects will not exempt them from state-level regulatory scrutiny nor will it reverse increasingly grim global oil market conditions.

The significance of Trump’s campaign promise to “cancel” the Paris Climate Agreement is more difficult to quantify. On one hand, it demonstrates the President’s misunderstanding of what the Agreement actually is—an international accord comprising individual country-level climate mitigation and adaptation commitments known as “Nationally Determined Contributions” (NDCs). On the other hand, Trump could issue an executive order withdrawing U.S. participation from the Paris Agreement, even though the U.S. would remain legally bound to its procedural commitments for up to four years.

While they would be hotly contested, there are various avenues through which the U.S. could fail to achieve its NDC, including by not implementing the Clean Power Plan and by reneging on its $3 billion pledge to support developing countries in implementing their NDCs. The geopolitical implications of stepping down from this leadership role, however, should not be lost on Trump’s more strategic-thinking cabinet members. Already, China is positioning itself to capitalize on international goodwill from this potential void in climate leadership.

Supporting America’s booming clean energy sector through infrastructure investment offers perhaps the fastest avenue through which the Trump administration and its allies on Capitol Hill can fulfill campaign promises for domestic economic rejuvenation. Rejecting this olive branch would be a dangerous move for Trump, especially given that a healthy majority of Americans acknowledges the causality and severity of climate change and support taking robust action against it. Already, many right-of-center political groups are beginning to realign themselves according to this growing consensus. Some have even begun to explore more radical opportunities for free-enterprise-oriented climate legislation such as a revenue-neutral and border-adjusted carbon tax.

Rather than a challenge, the Trump administration should see this enthusiasm as an opportunity to revive the tradition of Republican environmental stewardship. From the creation of our first national parks under Teddy Roosevelt to the establishment of the EPA under Richard Nixon and the Clean Air Act under George H.W. Bush, conservatives historically have found pragmatic and market-compatible solutions to some of our greatest environmental challenges. Time to act on climate change is of the essence as 2016 broke global heat records for the third year in a row.

This article was originally published by World Watch Institute and was republished with permission.