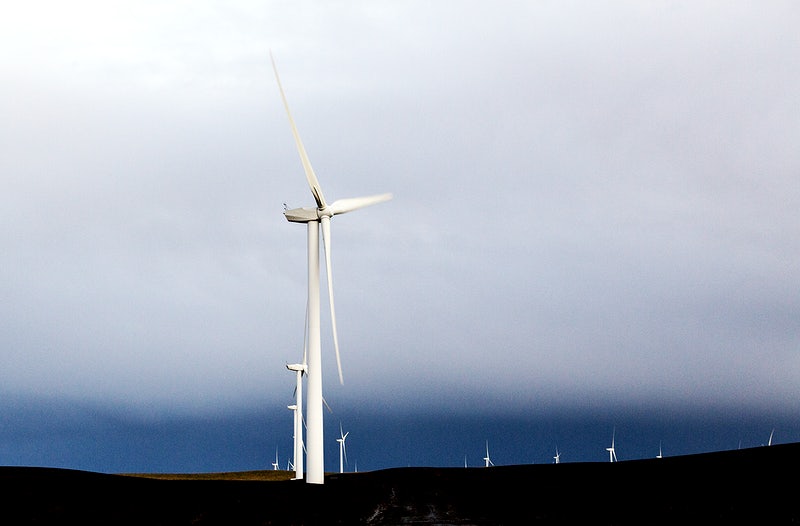 Europe has recently sailed past one of the major milestones of any major energy transformation program. London-based Ember has published a report outlining that renewables now account for a greater share of the energy mix than fossil fuels, and are now firmly the EU’s main source of electricity. In the first half of 2020, just 34% of Europe’s power came from coal, gas and oil, versus the 40% that came directly from solar, wind and hydro sources. Use of renewable energy also went up by over a tenth during that same period, and carbon dioxide emissions fell by nearly a quarter.

The UK, also exposed to the favorable weather conditions that have driven Europe’s recent successes, has much to shout about. The Digest of UK Energy Statistics (DUKES), also known as Westminster’s “energy bible,” documents forensic detail on British energy use. The latest report, published towards the end of July, revealed that the UK has broken yet more records, with 37.1% of all energy generated throughout 2019 coming from renewable sources. The combined domestic output of wind, solar and hydropower is documented as being up by 11% when compared to the previous year, and bioenergy output is also up by nearly 2%.

This rapid growth has been attributed to “coal plants coming offline ahead of the 2024 Government deadline, and the rapid expansion of the nation’s offshore wind sector.” Wind power has contributed enormously to the figures, with 10% of energy produced coming from offshore installations and 10% coming from turbines peppered around the British countryside.

RenewableUK’s deputy chief executive Melanie Onn said the figures prove “Just how far we’ve come in the revolution in power generation,” especially given that the UK was only generating 7% of its energy needs from renewables just a decade ago.

And the news gets better. In the third quarter of 2019, the UK’s windfarms, solar panels, biomass and hydro plants generated “more electricity than the combined output from power stations fired by coal, oil or gas,” according to authoritative analysis by Carbon Brief.

As the decade opened, some were still skeptical about the power of renewables, given the uphill climb against the entrenched and established fossil fuel industry. The reliability and affordability of green technology was questioned by fossil-fuel purists, who believed that a country as energy-thirsty as the UK wouldn’t be able to generate a significant proportion of its energy mix from passive sources. However, the case has been emphatically proven by a quiet revolution that has accelerated much faster than anybody could have hoped for. The decade has now closed with renewables providing amongst the cheapest forms of electricity that, for sizeable periods of the year, has tipped the balance over its more carbon-intensive counterparts.

Of these achievements, Melanie Onn writes that, “At a time when so many things seem uncertain, the consistent rise of renewables, keeping the UK powered up, bringing billions in investment in new energy infrastructure and creating highly skilled jobs all over the country, is a terrific success story we can all be proud of.”

Given the backdrop of success on both sides of the English Channel, it’s understandable that many in the industry are starting to wonder what next year’s figures will bring. Dare to imagine that the UK could celebrate a year that lists renewable power as the top power source of the country?

Many believe so. Donald Speirs of specialist renewables business Dulas, writes that, “We just keep seeing records broken and the whole industry has intense momentum behind it now. Just earlier this year, we saw the longest period without coal energy since the industrial revolution, with the National Grid reporting a two-month hiatus from coal at the last count. And, with the resurgence of interest in energy storage combined with enjoyed favorable conditions for wind and solar in the first two quarters of the year, the industry is looking incredibly promising.”

Of course, the UK economy has been affected by COVID-19, as many global economies have, and it remains to be seen what impact that will have on the UK’s green energy targets. But with progress being propelled by the recently adopted (and legally binding) goal of achieving net-zero by 2050, it’s hoped that we’ll see some impressive and era-defining results come Spring 2021.

As we look back to 2010, the dramatic shift in generation and consumption is clear for everyone to see. Back then, three quarters of all energy still came from fossil fuels, and the renewable energy industry was still a relative upstart in comparison to the titan of coal and gas. But with green energy technology reaching new heights of efficiency and consumer acceptance, it seems likely that records will continue to be broken at a pace of knots. It is not unreasonable to suggest that 2020 could usher in the start of a new era of renewables dominance.