More
Home Solar Clean Energy and the Environment: Part One — Victor or Victim of... 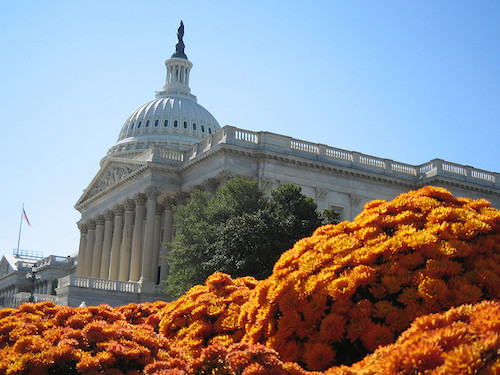 Welcome to the whacky and wonderful world of Washington politics.

President Trump and Speaker Ryan lost the first big test of their budding bromance, as Tryancare, their answer to Affordable Health Care, failed to make it on to the House floor after a long night of negotiations.

In the wake of the goings-on lurk important insights into a still young, little known and less understood administration. The back and forth negotiations between the White House and the several factions of the Republican congressional majorities, overheard chats in hallways and restrooms and backstories reported by marauding gangs of reporters, are all being mined for any light they may shed on the next time.

Trump and company have been in power long enough now that patterns are beginning to emerge. Much has been said and much written about The Donald’s agenda and those of other Republicans—either alone or shared by like-minded cohorts.

It is useful, from time to time, to step back from the substance of things to consider the play of emotions surrounding them.

Politics is personal—people emotional. Politicians are no more able to check their feelings at the door, before sitting down to business, than a 16-year-old on a first date with the one of their dreams.

In the supercharged air of Capital City, emotions are running particularly hot these days. Above flies a wedge of black swans. Tryancare was only the first to land. Others will follow.

The Opportunity of Defeat

The President has made no secret of his dislike of losing nor of his willingness to disassociate himself from any failure. It could not have been easy for him to order Speaker Ryan to pull the Tryancare bill off the calendar.

Trump showed a much greater willingness to do a bit of swamp diving than his predecessor. Donald the Dealmaker spoke with over 120 Republican representatives, including the much-vaunted House Freedom Coalition (HFC)—keepers of the conservative flame.

Somewhat surprisingly, Trump accepted the need to compromise. To avoid a very contentious public airing of some nasty laundry, he made the call to pull the bill.

Tryancare was expected to lay the foundation of a triumphal arch commemorating fulfillment of the promise to repeal and replace the much-maligned Obamacare. Unfortunately for the President and the Speaker, the bill pleased no one—not insurance companies, not the medical professions, not AARP, not even a majority of Trump’s own supporters.

For many, the non-vote was a wise decision. If even half of what the Congressional Budget Office predicted would happen once the bill became law, Mr. Trump and the Republican Party would have had a lot of explaining to do. Many have already been asked to explain and none too politely at that.

How exactly the Tryancare debacle is impacting the multipartite relationships—either existing or emerging—between the White House, the Speaker, the House Freedom Caucus (HFC), Republican moderates, various Republican governors and conservative think tanks—is not entirely clear. That it’s having an impact is hard to dispute.

Nothing in politics is ever unrelated to something else. Think of the connectedness of political events as a less subtle butterfly flapping its wings in China causing a tornado in the Great Plains sort of thing.

The Tryancare failure is the claimed catalyst for the President’s changing the order and timing of his next gaggle of initiatives. It may also have changed his relationship with Speaker Ryan.

Trump’s tweets in the days immediately following the failed vote attacked HFC and its members. Ryan had convinced the White House to make healthcare the first item on the administration’s agenda and stood shoulder to shoulder with the President through it all.

Having had seven years to craft an Obamacare replacement, his leadership post and the relative cordiality of Republican House members to that point, it seemed reasonable for The Donald to defer to Ryan’s recommendation. Having kissed and made up just prior to November’s vote, Trump may also have been looking to protect the Speaker from suffering the same fate as Boehner and Cantor.

An early ouster of Ryan from the Speaker’s chair would certainly complicate things and strengthen HFC’s bargaining position vis-à-vis Trump. The outsized influence of fewer than 40 members is not entirely appreciated by more moderate Republican colleagues. For Democrats, it seems a source of illicit joy.

Still, Trump’s nearly manic dislike of losing and Bannon’s previously expressed enmity towards Ryan had many thinking that Trump’s twits would be aimed at the Speaker.

Efforts by Pence, Preibus and Bannon to negotiate further compromise with HFC members—sans Ryan—continued speculation about the security of Ryan’s leadership position and his ability to successfully bring home the presidential bacon when it comes to tax reform, infrastructure investments and the wall. Ironically, rumors of a shake-up of White House staff are now placing the future of Bannon and Preibus in some doubt.

Ryan will first face a major second chance between now and April 28, when the bill comes due for the federal government’s keeping its doors open through the rest of this fiscal year.

Trump’s willingness to make concessions during the Tryancare negotiations surprised many. Were these simply reflections of a repugnance to losing—or, early signs of a willingness to collaborate with congressional Democrats?

If the latter, it suggests a much greater attachment to the deal than the dogma. Much more will be known at 12:01 a.m. on April 29.

Democrats have a lot of reasons to mistrust The Donald—a penchant for spouting alternative truths and dictator-envy being but two of them. Arguably, however, his egocentricity may be relied upon.

Any real possibility of collaboration with Trump would immediately give Democrats something they currently lack—leverage! The Donald’s desire to deal has already been thwarted by the HFC. He is likely to be slow in asking these little caesers to help him a third time.

Whether motivated by a desire for revenge, simple spite or a genuine desire to accomplish something positive, Trump appears now to see certain advantages in cross-aisle collaboration. Compromise may be in the interest of Democrats as well.

Democrats in Congress have a new and surprising tool at their disposal in the era of one-party Republican rule in President Trump’s Washington: power.

It turns out that Republicans need the minority party to help them avoid a government shutdown at the end of April, when the current spending deal to fund the government expires. And Democrats have decided, for now at least, that they will use their leverage to reassert themselves and ensure the continued funding of their top priorities — by negotiating with Republicans.

What better way for the Democrats to use their leverage than pushing back the Republican assault on federal clean energy and environmental programs and policies?

Although it is unlikely the full panoply of cuts will prove acceptable even to many congressional Republicans, the sheer magnitude of proposed gutting bodes badly for maintaining even minimally sufficient federal involvement.

In response to a standard Scott Pruitt defense of the administration’s proposed anti-regulation campaign on Fox News, Chris Wallace commented:

You’re talking about regulatory overreach… But the question is, there are 166 million people living in unclean air, and you’re going to remove some of the pollution restrictions, which would make the air even worse.

Emotion as a motivator of political action was very visible in the overwhelming opposition of voters to Tryancare. People are often passionate in their resistance to being screwed. It was a similarly significant factor contributing to Trump’s upset victory.

I’ve written before of my qualms about waving opinion surveys around to prove how much the public cares about clean energy and environmental protection. I don’t doubt the sincerity of respondents, the gap between what people say and what they do, however, can be difficult to explain.

Today, I believe such surveys represent a deep pool of support that can be tapped in the coming battles to keep the federal government engaged in defense of the planet. Wallace’s response to Pruitt’s attempt to justify the administration’s massive deregulation effort based on the alleged over-regulation reflects the common sense most of us possess to one degree or another.

The excess of effort expended by climate deniers to gut federal clean energy and environmental programs may well prove to be its Achilles heel. Such exuberance blinds the far-right to the power potential of left-side progressives. Despite differences in their objectives, populists and progressives share a mistrust of the establishment.

Sanders’ campaign tapped into the passion and willingness of voters to act on their environmental concerns. Populist and progressive voters in 2016 let it be known in large numbers they would no longer be cowed by the establishment.

April 29 is not just of significance for what it will say about the Republican’s ability to keep the doors of the federal government open. It is also a day when voters are likely to reaffirm their deep commitment to a pro-environmental agenda. A successful People’s Climate March will put climate deniers on notice that the effort to resist the historic hacking of federal clean energy and environmental policies and programs is just now getting started.

Why far right politicians peddle the idea that left to their own devices, fossil fuel companies and other heavy industrials will protect the environment before their bottom lines is a mystery to me. I will leave my suspicions why for another day.

Quite frankly, I doubt The Donald, Ryan, McConnell and Pence can pull off their agenda(s)— without reaching out to Democrats. Their failure, however, is less than a half victory for the Democrats, as a legislative stalemate for the Republicans is nearly as good as a victory because of executive powers.

Clearly there is reason to believe that federal clean energy and environmental programs and policies will not be as decimated as the Administration and congressional climate deniers would wish. What and how much will be left standing depends upon the next cards played and the players’ ability to resist being over played. It will especially depend upon Trump’s desire to prove he is the brilliant dealmaker he says he is.

Like a coin this story has two sides. It is certainly possible to consider many of these same events and conclude that federal clean energy and environment policies and programs will be among the victims of these same circumstances.