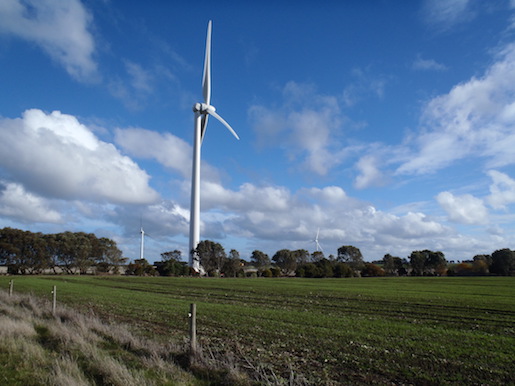 According to BNEF, virtually all of Goldwind’s 2015 capacity was built in China, a market where, combined, foreign manufacturers accounted for less than 5 percent of market share.

BNEF said that Denmark’s Vestas followed in second place with 7.3 GW commissioned, up 2.5 GW from 2014. The company commissioned projects in 32 countries globally, 18 more than the next-highest competitor. In addition, GE fell from first place to third in 2015 with 5.9 GW, 700 MW more than it commissioned in 2014. GE is the largest turbine provider to the U.S. market, which accounts for 62 percent of its global installations.

“It’s hardly surprising that five Chinese manufacturers made the top ten ranking in a year where China contributed roughly half of the global capacity,” Amy Grace, head of wind research for BNEF, said in a statement. “It is more surprising how dominant Goldwind was in its domestic market. The company commissioned more than two-and-a-half times the amount of capacity as the next largest Chinese manufacturer, Guodian.”

In the onshore segment, which accounts for the vast bulk of the market, Germany’s Siemens tied for fourth place with Spain’s Gamesa, as both companies installed 3.1 GW in 2015, BNEF said, noting that German firm Enercon fell to sixth place. Enercon, BNEF said, continues to dominate its home market, which accounted for 48 percent of its turbines commissioned in 2015.

Four Chinese manufacturers ranked in the bottom half of the global top ten onshore ranking, according to BNEF. Guodian fell to seventh place from sixth last year, Ming Yang and Envision tied for eighth place, and CSIC joined the list for the first time in tenth place with 2 GW of installed capacity.

In the offshore wind turbine segment, BNEF said that Siemens was the No. 1 turbine manufacturer last year by a wide margin. The company commissioned 2.6 GW in 2015, more than four times second-ranked Adwen, a joint venture between Gamesa and Areva.