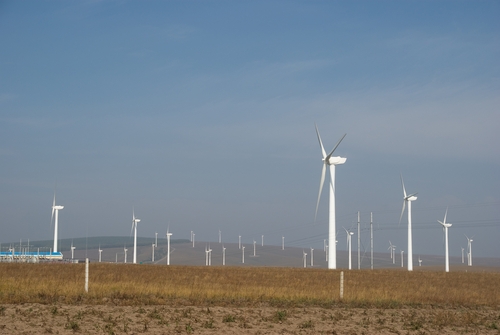 Growth in the on-grid wind power capacity was up 87 percent annually over the last six years, Xinhua reported, citing the larger of China’s two transmission operators. Grid-linked capacity will rise to 100 gigawatts by 2015 and 200 gigawatts by 2020, according to the report published yesterday.

China, the world’s largest emitter of greenhouse gases, plans to have at least 15 percent of its energy mix come from non-fossil fuels by 2020. Wind farms are the second-biggest contributor to renewable-energy capacity in the nation after hydropower dams.

Regional concentrations of wind resources and a lack of links between local electricity networks and the national grid prevent the efficient use of wind power, Xinhua reported, citing State Grid.