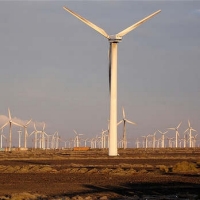 Over the last several years we have chronicled the meteoric rise of the Chinese wind industry, which has experienced an unprecedented ramp up in capacity since January 1, 2006, when the Renewable Energy Law of the PRC went into effect. At the ACORE RETECH 2010 conference earlier this year, which I co-chaired with Li Junfeng, the Deputy Director of the Energy Research Institute of the National Development and Reform Commission, I half-facetiously joked that in wind equipment manufacturing the Chinese finally may have found an industry where runaway capacity development should not be feared. I thought that given the immense needs of the world for renewable energy, the Chinese had finally lighted on an industry where there was virtually no downside to unbridled output. No such luck.

The Chinese themselves are increasingly worried about a shakeout in the wind equipment industry as tremendous capacity development has lead to the familiar insidious malady in Chinese industry: invidious competition based primarily on price. The general manager of one wind farm developer described this phenomenon as “collective suicide” among Chinese wind equipment manufacturers, while another wind farm developer said that the price war among Chinese wind equipment manufacturers has left them all “drenched in blood.”

Almost surely many of these wind industry equipment manufacturers will be caught up in the major shakeout that is on the horizon — repeating a familiar plot line played out in countless other Chinese industries.  An official with Xiang Power Wind Power Co., Ltd. has observed that a large number of wind equipment manufacturers are now losing money and that in the next stage the industry will experience failures on a large scale.

Goldwind, one of the “big three” wind turbine manufacturers, also is feeling the pressure from steadily increasing competition. Mr. Wu Gang, the Chairman of the Board of Directors of Goldwind recently referred to the competition as “savage” and worried about what the effects of this “self-destructively pernicious” competition would be on the healthy development of the wind industry.  The competition is so fierce because the low-end segment of the market is over-saturated, which in turn has lead to price competition and falling profitability, which further squeezes companies’ ability to invest in the research and development necessary to move up the value-added chain.

In addition, all Chinese wind turbine manufacturers (including to a lesser extent the “big three” — Sinovel, Goldwind and Dongqi) rely to varying degrees on technologies that they must acquire from abroad, which puts even greater pressure on their profitability.

On the Other Hand Falling Prices Equals More Development

According to Ma Yugang, the general manager of the Huaneng Tongliao Wind Power Generating Co., Ltd., a China Huaneng Group Company, when the company built the Baolong Wind Farm in 2008, the average construction price per kW for the wind farm was 9250 Yuan/kW.  In 2009, when the company constructed the Zhuri River Wind Farm, the average price per kW for construction had fallen to 9000 Yuan/kW or lower.  As of 2010 Huaneng Tongliao is anticipating building its newest wind farms for an average price per kW near 8000 Yuan/kW.

One of the routes Chinese wind equipment manufacturers now are taking to avoid being swept away by this increasingly pernicious tide is to become wind farm developers themselves.

With wind installations expected to skyrocket through 2010 and beyond, the world’s absorption of wind turbines could be as high as 3 to 4 times the volume of what is already installed in China.  As a result, the Chinese undoubtedly will find a way to become a significant supplier of wind turbines worldwide. Now that the Chinese have commoditized smaller (1.5-MW and below) wind turbines, there is likely to be a flood of those products exported from China.

Goldwind has ramped up its preparations to break into the North American market by opening a North American office and hiring industry veterans as its general manager and director of sales.   Likewise, Sinovel, which is the world’s third largest manufacturer of wind turbines (based almost exclusively on its sales in China), sold a batch of 1.5-MW wind turbines to India in 2009. Sinovel also continues to source crucial electronics systems from American Superconductor for the 5-MW wind turbines that Sinovel has developed itself.   According to Sinovel’s CEO, these large-scale wind turbines will be the focus of Sinovel’s export strategy.

So, as Yogi Berra famously said “it’s déjà vu all over again.”  The Chinese appear to be poised to be the low-cost supplier at the low-tech end of the export market, but continue to rely on Western technology to produce the larger, more sophisticated wind turbines.   Relatively good news for Western suppliers of high technology into the wind industry, but a challenge for Goldwind and Sinovel, who may well find themselves squeezed between the big international players and the Chinese commodity suppliers.

Lou Schwartz, a lawyer and China specialist who focuses his work on the energy and metals sectors in the People’s Republic of China, is a frequent contributor to Renewable Energy World.   Through China Strategies, LLC, Lou provides clients research and analysis, due diligence, merger and acquisition, private equity investment and other support for trade and investment in China’s burgeoning energy and metals industries. Lou earned degrees in East Asian Studies from Michigan and Harvard and a J.D. from George Washington University.  He can be reached at lou@chinastrategiesllc.com.