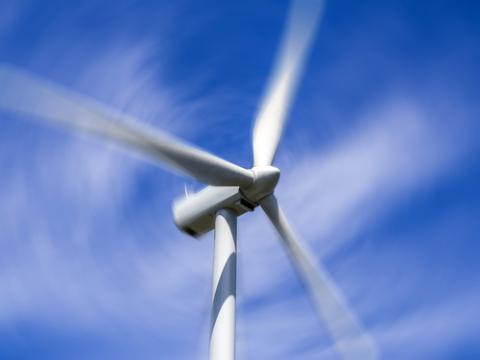 SHANGHAI — Sinovel Wind Group Co., the Chinese wind- turbine maker embroiled in several legal disputes, said its board approved a plan to raise money by selling account receivables ahead of expected demands from bondholders for cash.

Sinovel said it needs to repay a total of 2.77 billion yuan in principal and interest if all bondholders elect to sell their notes. After receiving payment for its account receivables, Sinovel, which had 662 million yuan of capital on its books available for any bond repayment as of Dec. 18, still won’t be able to repay all of the money if all bondholders exercise the option, according to today’s statement.

If it can’t raise money another way to fill the gap, it risks failing to repay all the debt by its due date, according to the statement, which didn’t elaborate or detail what other fundraising options the company may be exploring.

Sinovel sold 2.6 billion yuan of 6 percent bonds in 2011, according to data compiled by Bloomberg. The notes, which mature in December 2016, were trading at 87.8 percent of face value in late April to yield 11.538 percent, exchange prices show. They’ve been suspended since then.

The company, which said in January it’s under investigation for suspected violation of securities laws and regulations, reported a narrower loss in the third quarter as it won more orders. Sales rose to 924.9 million yuan from 626.2 million yuan, according to an Oct. 30 statement. Sinovel may still post a full-year net loss for 2014 however, it said, citing increasing provisions for bad debt.

Sinovel’s bondholders in September rejected a plan to allow its Jiangsu unit to use as much as 700 million yuan to buy back some of its 2016 bonds. The company said in August it will face huge repayment pressure in the event noteholders exercise their option to sell the securities.

American Superconductor Corp. is one of several companies that has taken legal action against Sinovel. It is seeking more than $1.2 billion in damages in Chinese courts and has accused Sinovel of stealing technology and violating sales contracts. Huaneng Renewables Corp.’s units have also sued Sinovel for breaching contracts.

China’s National Development & Reform Commission has set a target of 200 gigawatts of wind power in the country by 2020, an increase from 91 gigawatts at the end of 2013, and 100 gigawatts of solar energy capacity, up from 19 gigawatts.

Globally, wind power installs may increase in 2015 and China and the U.S. may lead growth, according to Global Wind Energy Council data cited by Bloomberg Intelligence analysts last month.