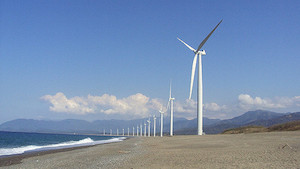 According to the 13th Five-Year Power Development Plan, spanning 2016 to 2020, which was released by the National Development and Reform Commission and the National Energy Administration, China aims to reduce the wind power curtailment rate to 5 percent within five years. Industry insiders pointed out that it would be possible to achieve the target ahead of schedule if the country can cut the curtailment rate by around 10 percent on an annual basis.

Statistics show that China’s installed capacity of wind power as a result of the completion of new facilities grew by 10 GW to 139 GW during the first nine months of 2016, a rise of 28 percent compared to the corresponding period of last year. Accumulated on-grid electricity from wind climbed to 169.3 billion kWh during the first nine months of this year, a year on year increase of 23 percent, while the average utilization time of wind farms declined by 66 hours to 1,251 hours.

Wind and solar power curtailment across China for the first half of this year was equivalent to that recorded for the whole of 2015 and exceeded the country’s total electricity consumption in 2015, said Wang Zhongying, director of the Center for Renewable Energy Development, Energy Research Institute, National Development and Reform Commission. Taking Xinjiang Uygur Autonomous Region as an illustration, the amount of wind power curtailment reached 43.9 percent in the first half of 2016, up 16 percent over the same period of last year, while that of solar power curtailment hiked 15.7 percent to 31.8 percent, according to data from the Xinjiang Uygur Autonomous Region Development and Reform Commission.

Lin Boqiang, director of the China Center for Energy Economics Research at Xiamen University, pointed out that curtailment mainly takes place in the sparsely populated western part of China, where actual electricity consumption is far less than local installed capacity, partly due to the fact that many companies have been forced to shut down amid the economic downturn. Despite the huge demand for electricity in the densely populated eastern part of the country, it has become difficult to build large power plants on the ground as a result of high land costs, leading to a greater reliance on power transmission. In addition, with technology advancements, thermal and coal power have regained favor as a result of their low cost and high utilization rate.