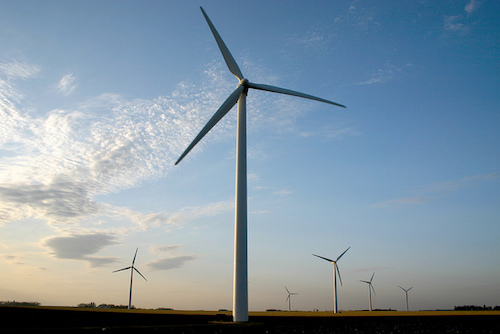 The projects are located in six provinces and regions, including Jiangsu, Shandong and Hebei provinces as well as Xinjiang Autonomous Region.

The green certificate is a tradable commodity proving that certain electricity is generated using renewable energy sources and serves as a digital certificate issued by the Chinese authorities to the power producing enterprise based on their contribution of non-water-based renewable energy to the electrical grid. It is a confirmation and proof of renewable energy generating capacity of non-hydrological origin, as well as the only documentary proof of green power consumption.

The projects in the first lot of certificates are being launched by several energy firms, including China Huaneng Group, China Huadian Corporation, China Energy Conservation Investment Corporation and China Hydropower Engineering Consulting Group, among others.

According to the relevant policies, green certificates will be issued in batches. Onshore wind and solar PV projects are eligible to apply for the certificates on a designated online registration platform after receiving certain approvals. The China National Renewable Energy Center will periodically review the criteria including the list of companies receiving the subsidies and the amount of electricity generated each month in preparation for the issuance of the corresponding green certificates.

In total, 230,135 certificates, each representing 1 MWh of power from renewable sources, were issued to the projects, covering an aggregate installed capacity of 112.5 MW.

Starting on July 1, a trial program will be initiated whereby the green certificates will be traded on China’s national trading platform. The certificates will be valued no higher than the cost of the renewable power for either wind or solar plus the value of the subsidy allowed by the province where the project is located, with the subscription price negotiated between the buyer and the seller or determined through price bidding. Generally, the price for wind and power green certificates should not exceed 0.26 yuan (US$0.04) per kWh.

The country’s top planning agency, the National Development and Reform Commission (NDRC), announced the green certificate plan in February. It will start on a voluntary basis and will be made mandatory as early as 2018, depending on its success. Under the program, the certificates can be sold only once. After they are sold, renewable power producers will no longer receive direct subsidies for the corresponding electricity production.

China plans to raise its non-fossil fuel portion of primary energy consumption from the current 12 percent to 15 percent by 2020. Amid a surge in capacity, the country has struggled to find the money to pay subsidies to renewable energy producers, with the shortfall last year having exceeded 60 billion yuan (US$8.83 billion), according to industrial estimates. The new mechanism is expected to help reduce government subsidies and ease curtailment issues in the world’s largest renewables market.