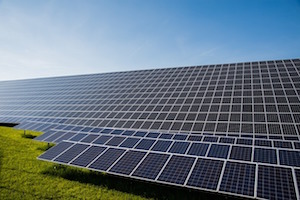 China has installed 7.21 GW of new solar capacity in the first quarter of 2017, achieving another renewable energy milestone with growth maintaining the same pace as during 1Q16. Of that total, 4.78 GW came from utility-scale solar, with the remaining 2.43 GW originating from distributed solar PV, bringing the country’s cumulative solar PV capacity up to almost 85 GW. The country generated 21.4 billion kWh of electricity during the quarter, up 80 percent over the same period of a year earlier, according to statistics from China’s National Energy Administration (NEA).

The lion’s share of new solar PV capacity was located in the central and eastern regions of the country, accounting for 6.39 GW or 89 percent of the total new capacity added. China’s key PV market is gradually transitioning from the country’s western and northern interior to the center and along the eastern coast, with the 2.43 GW of new distributed solar PV overwhelmingly located in just four provinces: Zhejiang, Shandong, Anhui and Jiangsu.

However, curtailment issues continued to plague various regions during the quarter. While abandonment figures for Ningxia and Gansu dropped by 10 percent and 19 percent respectively, Qinghai, Shaanxi, and Inner Mongolia all saw time outs due to a curtailment increase of 9 percent, 11 percent, and 8 percent respectively, with the amount of time that Xinjiang’s wind plants sat idle remaining at an astronomically high 39 percent.

Following an in-depth analysis of the industry and the leading industry players, the China National Renewable Energy Centre predicted the country’s newly-added installed solar capacity for the first half of the year would reach 24 GW, including roughly 17 GW from utility-scale solar. The remaining 7 GW came from distributed solar PV, nearly three times what was added during the same period in 2016. During the second half of the year, the distributed solar PV sector is expected to maintain rapid growth, with anticipated newly added installed capacity reaching more than 7 GW, driven by the country’s favorable policies to drive development of the sector. For the full year of 2017, the country’s total newly added installed solar capacity has a good chance of exceeding 40 GW, the center predicted.

But ambitious targets do not necessarily translate into results. To achieve those goals, China would need to overcome chronic problems in its energy sector. The sector remained hobbled by severe overcapacity. Slowing demand for electricity due to the economic downturn and the slashing of energy intensive industries has caused widespread under-utilization of existing power generation capacities, which are seeing their lowest utilization hours since 1978. Yet, consolidation and restructuring across China’s solar PV sector is expected to lead to stability in terms of the sector’s further development.