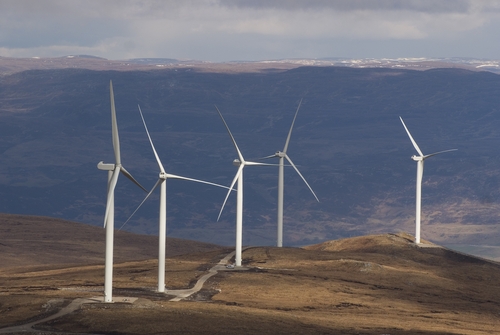 Machado Meyer Sendacz & Opice Advogados, the Sao Paulo- based law firm that handled the most deals in the industry last year, expects to double its deal count to 10 in 2013, said Ricardo de Lima Assaf, a partner in the infrastructure department. Grupo BTG Pactual SA, the world’s top financial adviser on renewable–energy deals, also sees a rebound as European developers turn to Brazil amid subsidy reductions at home, said Vittorio Perona, a partner responsible for energy in the lender’s investment banking department.

“We’re seeing more deals in execution by us and other companies than this time last year,” Perona said in a telephone interview from Sao Paulo. “The biggest driver of M&A activity will be wind.”

Brazil is in the early stages of a renewable–energy boom, and most of its roughly 80 wind farms were built in the past four years, Perona said. Consolidation will take place as it did in the U.S. and Europe, he said. Iberdrola SA of Spain and EON SE of Germany already have made purchases in Brazil.

Wind-energy developers in Brazil probably will need scale to be profitable after agreeing to sell power for record low rates at a December auction, Assaf said. That will help drive mergers and acquisitions after deal volume in the industry fell 61 percent to $1.1 billion last year, the lowest since 2008, according to data compiled by Bloomberg New Energy Finance.

Prices for wind power have been steadily falling in government auctions since 2009. Developers in the December auction signed contracts to provide wind power at an average 87.94 reais ($43.94) per megawatt-hour, 13 percent less than the rate in the 2011 sale and 41 percent less than the 2009 price, according to the website of Brazil’s national energy agency Empresa de Pesquisa Energetica.

Developers bet they could produce energy more cheaply as turbine-makers, struggling with a shortage of deals in other parts of the world, cut prices of their equipment.

“Projects have very tight margins of return,” Machado Meyer’s Assaf said in telephone interview from Sao Paulo. “If something unexpected happens, margins may go to zero. When that happens, a project isn’t profitable and you have to turn to utilities.”

Iberdrola, Spain’s biggest utility, is investing about 2.6 billion euros ($3.5 billion) on renewable energy over the two years through 2014. Chairman Ignacio Sanchez Galan said in a Dec. 2 interview in Doha that Brazil would be the second biggest destination of that spending, after the U.K.

EON, which is Germany’s biggest utility, agreed in April to buy 10 percent of Brazilian billionaire Eike Batista’s MPX Energia SA for about 850 million reais and formed a joint venture to develop projects in South America, according to a statement from EON on April 18.

The company didn’t immediately respond to e-mails and calls from Bloomberg News seeking more information on the venture. EON plans to develop 20 gigawatts of conventional and renewable– energy capacity in Brazil, or 20 percent of total generation capacity, through the venture,

Smaller developers will struggle the most, said Arthur Lavieri, chief executive officer of India-based Suzlon Energy Ltd.’s Brazil unit. Large companies may have cheaper construction costs, and will be able to operate wind farms at a profit even if they are selling the power at low rates.

“The prices of megawatt hours are coming to a point where unless you have scale, it’s very difficult for you to achieve results,” he said in an interview in the outskirts of Sao Paulo. Some developers may decide that the prices they were awarded at auctions were too low, fueling buyouts, he said. “There are developers today that have no other choice.”

France’s GDF Suez has the potential to expand abroad through its local Tractebel Energia SA unit, BTG’s Perona said. Tractebel officials declined to comment on whether the company would consider buying wind projects.

Bioenergy Geradora, the Sao Paulo-based wind developer that submitted one of the low bids in December, isn’t seeking to be acquired, Chief Executive Officer Sergio Marques said in a telephone interview from Sao Paulo. He said the wind farms will be completed and some of the power plants in the company’s portfolio may be less profitable than others.

Installation of wind power in Brazil has nearly doubled in two years to about 1,800 megawatts, which is about 1.5 percent of total grid capacity, Yayoi Sekine, an analyst at Bloomberg New Energy Finance’s Sao Paulo office, said in an e-mail.

While acquisitions of smaller players are set to increase, the prices reached in the December auction aren’t indicative of where prices for wind power are going in Brazil, Elbia Melo, executive president of the Sao Paulo-based wind-industry trade group, Associacao Brasileira de Energia Eolica, said in a telephone interview from Sao Paulo.

“Those prices don’t reflect the true cost of wind,” she said. “Too many developers were competing for too few contracts” to sell energy, which drove prices to unsustainably low levels.