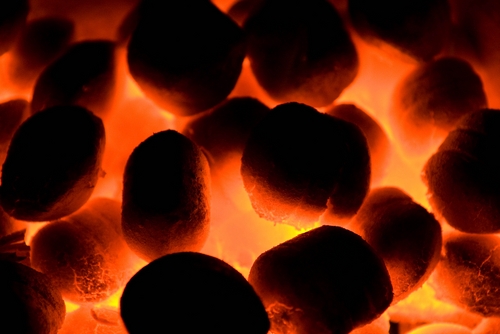 “Sustainable Energy for All” is the main theme for this week’s Rio+20 United Nations gathering in Brazil. The challenge of making energy both accessible and sustainable has grown more complicated in the past year or so, and also more exciting. These are tough times for coal and other high-carbon sources of energy, while the news about clean energy is more promising.

n March, the power generating arm of India’s largest conglomerate, the Tata Group, announced that it was shifting its investment strategy from coal-fired thermal plants to wind and solar renewable projects. Coal projects, Tata said, were becoming “impossible” to develop, and investment in them had stopped.

With this declaration, one of Asia’s biggest energy players confirmed an emerging reality. The U.S., Europe, Russia, Australia and Japan all had created modern consumer economies dependent on abundant, cheap fossil-fuel energy. In the 21st century that is no longer viable; the high-carbon growth path is closing.

The reason is cost. Oil has long been expensive, because low-cost oil producers such as Saudi Arabia have learned to demand high prices by limiting supplies and refusing to sign long-term price agreements. Coal had always been different — traded locally, on both long-term concessions and short-term spot contracts. Two years ago, China and India could supplement their domestic coal supplies with imports from Indonesia, Australia and South Africa. Some of the cheapest coal mines serving China in 2010 were in Indonesia, where India’s Adani Power Ltd. and Tata were purchasing coal mines and building their own shipping and port facilities to ensure they could supply a wave of huge new power projects.

While coal is geologically more abundant than oil, cheap coal, close to population centers, is not. The biggest coal-producing region in the U.S. — the Powder River Basin — can get coal out of the ground for about $12 a ton. It costs roughly $60 a ton to ship it to power plants in the Ohio Valley. China’s vast reserves near Inner Mongolia can be mined for $25 a ton. But by the time it travels by rail across North China, then by sea to southern coastal cities, the cost rises to more than $125 a ton.

Shipping coal is more difficult and more expensive than shipping oil. Only a few coal-exporting countries are close to Asian markets; Australia and Indonesia dominate the trade. In 2011, countries with abundant accessible coal, such as Indonesia, began to demand high prices — two times higher in fact. Coal became the new oil. An informal cartel of coal exporters emerged with the same strategic goal as the Organization of Petroleum Exporting Countries — obtaining higher prices.

China and India, which had been counting on buying coal for $40 a ton, now find that imported coal at $120 a ton is “cheap.” Dozens of coal plants in China and India cut back capacity because of fuel costs and shortages. Indian power companies scrapped 42 gigawatts worth of new power plants. The Reserve Bank of India warned investors that coal projects were very risky. India’s largest coal company tried to raise its prices, only to be forced to back down by the government, which owns more than half of it. Eventually, Indian Prime Minister Manmohan Singh ordered Coal India to provide adequate coal deliveries for power projects in the pipeline. Coal India grudgingly agreed, but markets didn’t believe it could deliver; banks continued to refuse to lend, leading to Tata’s announcement. Meanwhile, in China, the government tried to reverse its previous deregulation of the coal-mining and transportation sectors in an effort to get prices under control, causing friction with state-owned coal mines.

India and China, respectively, are home to some of the world’s largest coal reserves. They are the fastest-growing global coal markets. But most of their coal is distant from their booming coastal regions. Their rail systems are inadequate to ship the volumes needed to fuel existing needs, much less the growth expected by 2020. And shipping coal by rail is expensive. Most of the cost of coal is not wages, but diesel fuel used either to mine or transport it. As oil grows more expensive, it drags the price of coal up with it.

There is cheap coal in the Powder River Basin, in part because U.S. demand for coal is slumping as American power companies shift to cheaper and cleaner natural gas or renewables. Peabody Energy Inc. would love to ship its surplus Wyoming coal to Asia, if it can get it there. Peabody promises investors that it can make money shipping coal to China — precisely because it expects the price to remain at $120 or more. But U.S. coal companies must first overcome local community opposition to shipping and loading hundreds of millions of tons of dirty black dust through West Coast ports such as Longview, Washington.

What does $120-a-ton coal mean for the development plans of India and China? At $120 a ton, electricity from coal costs about 10 cents a kilowatt-hour, before installing pollution controls. But India and China built their economic plans on 4 cents-a-kilowatt-hour power, presuming that cheap Indonesian coal would keep the price down.

Indonesia is no longer willing to be the low-cost provider; it sees China and India using imported coal to fuel industrialization and economic development, and would rather see that development taking place at home. So the island nation announced that it will impose a tax on coal exports, leading to an actual ban in 2014. If Indonesia follows through, it would pull about 320 million tons — roughly 40 percent of the Asian coal transported by sea — off the market, creating a power crisis for China and India (and other importers, such as Japan and Korea) that would make the shortfalls of 2011 seem minor. Even if Indonesia merely insists on keeping prices at more than $100 a ton, the cost of electricity in China’s and India’s booming, but still fundamentally poor, economies will double.

Oil, clearly, is already too expensive to power Asia’s growing electricity demand. The price of liquefied natural gas, which most Asian nations import, is linked to oil. India and China are now aggressively seeking their own versions of the shale-gas boom occurring in the U.S. But even if they manage to increase domestic supplies, they would be shrewd to convert natural gas to a transportation fuel rather than devoting it to electrical generation.

Because as the cost of high-carbon electricity soars, the cost of low-carbon alternatives is plummeting.

China’s wind industry is eager to provide power at prices ranging from 7 cents a kilowatt-hour to 13 cents, and India’s latest solar projects are bid at 15 cents. Costs of wind and solar continue to decline. The conventional wisdom is that, because wind and solar are intermittent sources, they can’t be used to power an entire economy. It’s true that it will take some time before renewables can compete with the $40-a-ton coal that Asia had been counting on. But as challenging as the low-carbon path to growth may be, coal markets are telling Asia it has no choice. High-carbon growth not only would cook the climate. It would also derail Asia’s economies.