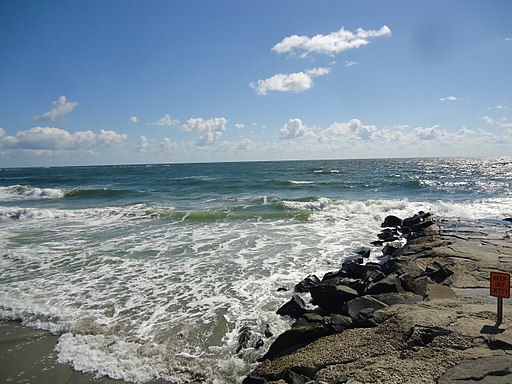 New Jersey Democratic gubernatorial candidate Phil Murphy has an environmental plan for the state that includes setting an offshore wind target of 3,500 MW by 2030.

Despite its legislation calling for mechanisms to support offshore wind development, New Jersey has yet to realize that promise, but that could change this fall with the election of a new governor.

“You can see plausibly with a change in leadership, New Jersey could very quickly spring to life as a major new market for offshore wind energy development,” Shiva Polefka, associate director, ocean policy, for the Center for American Progress, told Renewable Energy World.

Polefka said Democratic gubernatorial candidate Phil Murphy has come forward with a strong goal for offshore wind as part of his campaign.

In April, Murphy released a plan to combat climate change, which included setting the most ambitious offshore wind target in the country at 3,500 MW by 2030.

Murphy’s opponent, Republican Candidate Kim Guadagno, is New Jersey’s Lieutenant Governor — Gov. Chris Christie’s second in command. While she does not mention climate change or address any environmental issues on her campaign website, she has said publicly that she would support installation of offshore wind turbines in New Jersey waters.

Learning from Other Successes

He said that New Jersey and Maryland both show promise in creating offshore wind markets that are as successful as markets now under way in Massachusetts, New York and Rhode Island.

While New Jersey’s executive branch has stalled in its efforts to create the mechanisms necessary for establishing ORECs, Maryland in May moved ahead with an award for ORECs that supports development of two offshore wind projects with a total capacity of 368 MW.

In a report released this week, Polefka surveyed the origins of offshore wind policy in Massachusetts, New York and Rhode Island and outlined the case for state government action to foster the fledgling domestic offshore wind energy industry.

Among other things, Polefka recommended in the report that states consider comprehensive ocean planning, and he said that ocean planning is an area in which states can collaborate to achieve progress.

“Offshore wind development really does have to be done well and with great mindfulness of all the traditional industries and other public oriented laws and policies for coastal and ocean spaces, whether it’s respect for tribal sovereignty or conservation goals — like marine protected areas, as well as protection and rehabilitation of protected species, like right whales,” Polefka said.

According to Polefka, Rhode Island represents a great example of the ocean planning element in practice.

“There is an opportunity for regional cooperation here, and thankfully we have a framework set up for that under President Obama’s national ocean policy executive order and the regional ocean planning bodies that exist to carry out that kind of work,” he said.