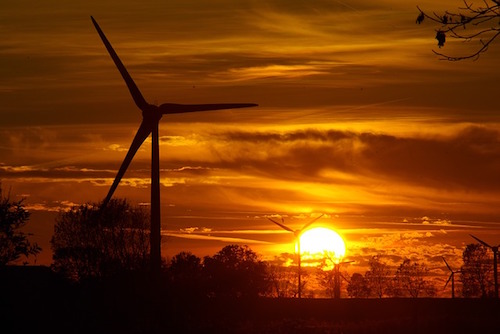 Although a number of independent power producers (IPP) have made a foray into East Africa’s renewable energy market, they still face challenges that governments in the region need to address to ensure the fast deployment of clean energy technologies.

“The private sector investors in this renewable energy market experience financial loss and much frustration when pursuing PPAs, licensing to be an IPP, and the approval from local authorities, the offtaker and energy regulatory agencies,” Da Silva said.

A joint report released in late September by the United Nations Industrial Development Organization and Renewable Energy Policy Network for the 21st Century (REN21) said that between 2010 and 2015, East Africa attracted $4 billion of investment in utility-scale renewable energy, which is less than 10 percent of all investments in renewables for Africa in the six years. Kenya attracted the highest amount at $3.3 billion in renewable energy investment, according to the report.

However, the report said that “financial constraints, inadequate infrastructure and a lack of public buy-in have jeopardized Kenya’s ability to meet its 2016 target on new renewable energy generation capacity.”

The report gave the example of the collapse of the 60.8-MW Kinangop wind park project, “which would not be implemented because funds had run out, and the flagship Lake Turkana wind project, which will not be fully operational when it goes live in October 2016 due to inadequate electricity transmission infrastructure.”

The 2015 Draft National Energy and Petroleum Policy for Kenya, which outlines the country’s national energy sector policy and strategy, does not set out new targets for renewable energy, the report said.

According to Da Silva, the East Africa renewable energy market is also characterized by lack of knowledge about renewable energy technologies by potential clients with “many educated people, for example, still thinking that solar energy is not reliable, not a major electricity source and is only for charging cell phones and calculators.”

“There are very few institutions in the country able to train technicians and engineers in renewable energy and even those trained and licensed are mainly based in Nairobi,” he said.

Da Silva said governments in East Africa should commit themselves “to match the speed of investors” by ensuring “reduction of real and perceived risks for lenders willing to fund renewable energy projects.”

“Let us get some successful stories on renewable energy project investments in East Africa and more financing institutions would feel more inclined to bring their funds into this region,” he said.

He blamed the bureaucratic processes in getting approval for the renewable energy projects as a hindrance to IPPs willing to bet their money in the region’s market.

“We probably need to embrace the use of information technology in facilitating the licensing processes so that one could pay all the required fees at some point without having to pass through many officers, some who demand bribes,” he said.

Availability of land is a major hurdle for renewable energy projects especially in Kenya, according to Da Silva.

“When word goes out that some foreigners want to set up a mini-hydro or a wind farm in a place, communities gang up and ask for exorbitant land prices which makes the project unviable,” he said. “It also happen that some people have an enormous attachment to the land because of cultural or religious reasons, thus completely frustrating private investors who want to take advantage of the available natural resources to generate electricity.”