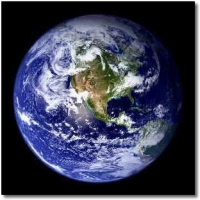 The sales of carbon offset credits can be boosted significantly if their sponsors consider using strategies that have helped new technology products achieve rapid market adoption, according to Taking Carbon Offsets to the Mainstream, a new study recently published by the Topline Strategy Group of Boston, Massachusetts.

While current options of buying offsets online have been supplemented by more recent opportunities to purchase carbon offsets with airline tickets (Expedia) or at checkouts in some supermarkets (Whole Foods), additional measures are needed to motivate mainstream consumers across the U.S. to get onboard. “Carbon offsets and green energy alternatives represent a promising investment area,” said Larry Orr, managing partner of Trinity Ventures. “Topline Strategy Group’s assessment presents new insights into overcoming the difficulty of motivating a critical mass of consumers to act.” Introduction Would you pay a nickel more a gallon for carbon-free gasoline — gasoline that did not emit any carbon dioxide and did not contribute to global warming? While there is no such thing as carbon-free gas, there is something nearly as good — carbon offsets. Every gallon of gas you use releases 20 pounds of carbon dioxide into the atmosphere (1). Carbon offsets work exactly as their name implies. They offset those 20 pounds of CO2 by funding projects such as reforestation and wind power that eliminate an equal amount of carbon emissions. Today, it costs less than a nickel to buy a carbon offset for a gallon of gasoline (2), giving people the option of effectively purchasing global warming-free gas. Carbon offsets can also be used to make other products effectively carbon free as well. It costs under half a cent to offset a kilowatt-hour of electricity (3) (under 4% of the average price (4)) and under a penny to offset a cup of Starbucks coffee (accounting for the energy to transport the beans and heat the water). Unfortunately, few carbon offsets are actually sold today. The reason is not that consumers are unwilling to pay a small premium to help the environment. In fact, the evidence suggests that many people will. In 2005, 455,500 U.S. households elected to pay a premium reaching as high as two and a half cents per kilowatt for electricity generated from renewable sources, up 26% over 2004 (5). In 2006, Americans snapped up 254,000 hybrid cars, up 28% over 2005 (6), despite the fact that most hybrid drivers would never make up for their extra cost to buy the vehicle in gas savings. Finally, Americans give billions of dollars a year to green philanthropies (7).