More
Home Blogs Can Climate Change Be Stopped by Turning Air Into Gasoline? 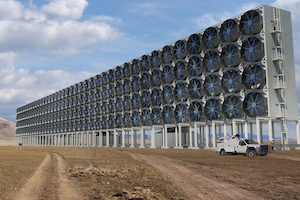 The headline of this article was composed simply by rephrasing the title of a popular recent piece in The Atlantic — “Climate Change Can Be Stopped by Turning Air into Gasoline” — as a question. That article, reporting on research by Harvard professor David Keith and colleagues, made a bold claim that, if true, suggests the global climate crisis can affordably be resolved with new technology. We set out to see whether Keith’s findings are as Earth shaking as the article’s title suggests, or something a little less tectonically noticeable.

In addition to his post at Harvard, Keith is also a founder and executive chairman of Carbon Engineering, a Bill Gates-funded company that studies how to extract carbon dioxide (CO2) from the atmosphere. The basic process summarized in the article involves removing CO2 from the air, then combining it with hydrogen to produce a liquid fuel such as gasoline. This would, it is implied, entail no net new carbon emissions. Alternatively, the carbon taken from the air could be sequestered underground, thus reducing the amount of carbon in the atmosphere. The process has been tested in a pilot plant for a couple of years, and Keith and his colleagues have plans for a commercial industrial operation to be up and running perhaps as soon as 2021. The article ends with a discussion of affordability, suggesting that all annual global carbon emissions could be removed by the process for “something like 3 to 5 percent of global GDP,” or approximately the amount by which the world’s economy grows in a good year. A mere pittance!

It sounds too good to be true. Is it?

We decided to dig into the original research paper on which The Atlantic article is based. While the article reads as if the only input necessary to obtaining a bountiful output of carbon-neutral fuel is money, the details in the research paper show otherwise.

The research paper is a description of Keith et al.’s technique of CO2 removal from air with four possible configurations depending on whether the output is targeted for sequestration or for fuel production. The initial input is air, the final output is CO2. 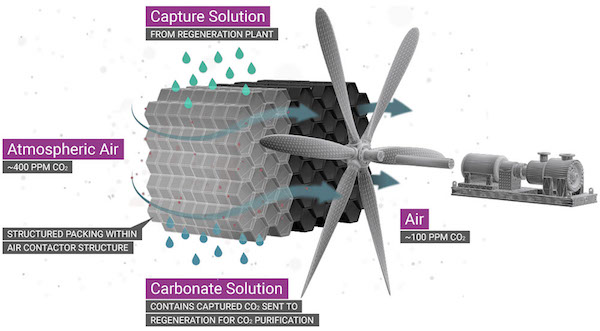 The removal process is highly energy-intensive, requiring both electricity and fuel. The fans to move air from which carbon is to be extracted require 61 kWh for each tonne (i.e., metric ton, or 2205 pounds) of CO2 captured. So scaling this process to remove, say, 1 billion tonnes of CO2 (1/37th of global emissions) would require 61 TWh, or more than all the solar power generation in the U.S. in 2017. To remove all current emissions—which would be necessary to prevent the concentration of CO2 in the atmosphere from continuing to rise—the equivalent of 75 percent of all U.S. electricity consumption in 2017 would be needed. This is just for the fans, and does not count the energy needed for the pumps, motors, and compressors in the system. The CO2 compressor itself requires 132 kWh per tonne of CO2—about twice the energy needed for fans.

The Keith process gleaned significant other press coverage in addition to The Atlantic article cited above. A National Geographic piece suggests that the entire process could be carbon neutral if it were run solely on renewable electricity. In theory that’s true, but the pilot plant currently uses fuel (8.8 GJ of natural gas, or 7600 cubic feet, per tonne of CO2), mainly to run the calciner unit that removes CO2 from calcium carbonate. (CBC reporting notes that the process emits a half tonne of CO2 for each tonne captured.) The calciner, like ones used in the cement production industry, runs at 1650 degrees F; currently there are no commercial electric calciners available for such an application. The other high-temperature technology required is the slaker (operating at 575 degrees F), which also currently uses fuel. As we have noted elsewhere, in a book-length discussion of the renewable energy transition, high-temperature processes are a huge challenge to decarbonization.

It’s unclear from press coverage whether the Keith pilot project is actually producing fuel. The research paper does mention the pilot plant, running in BC since 2015, but the technical description and cost estimates say nothing about a Fisher-Tropsch unit (which would be required to turn CO2 and hydrogen into fuel).

Turning CO2 into fuel is problematic from several angles. First of all, CO2 is a very poor feedstock for the Fischer-Tropsch process (which converts a mixture of carbon monoxide and hydrogen into liquid fuel). Carbon dioxide is energetically very stable, so lots of energy is required to convert it into CO and O2 in the initial stages of the Fischer-Tropsch process. Moreover, a hydrogen source is needed; this is typically provided by a feedstock fossil fuel such as coal or natural gas, but in this case the plan is to derive hydrogen from water using electrolysis—a process with many inherent inefficiencies. Even using fossil fuels as the feedstock, the Fischer-Tropsch process is not a very efficient conversion process, with typical mass yields ranging between 25 and 28 percent of the input products.

So in sum, what we have here is a complex and energy-intensive process to capture CO2 from air, joined with a conventional Fischer-Tropsch process using a low-quality feedstock. The cost estimate for CO2 capture, which is lower than estimates for other technologies, is questionable and depends on continued low energy prices; no cost estimate is provided for the carbon-neutral fuel to be produced.

Energetically, the whole project is a disaster. It entails manufacturing a fuel from component molecules, in contrast to our “free” access to the chemical energy contained in buried hydrocarbons. The energy delivered in the final fuel is substantially less than the energy used to run the process. Some will say that’s not a problem in principle, because we customarily run power plants at 65 percent loss to get electricity. However, the coal or natural gas going to the power plant has a highly positive initial energy balance (i.e., the fuel contains much more energy than was required to extract and transport it) that remains positive even when discounted by 65 percent. Our friend, ecologist Bill Rees describes the Keith process this way:

“It’s like trying to run a hydro dam continuously by pumping the water back uphill to the reservoir: it can’t be done as a closed system because the energy required for pumping is quantitatively greater than what the turbines produce.”

The Keith process, however, is not a closed system—there are substantial external energy inputs to it, and those inputs could potentially be provided by renewable electricity from solar or wind power (however, as noted above, there would still be significant challenges to running high-temperature sub-processes with electricity from whatever source, as existing fuels do this job so much cheaper). The process might be considered in a situation where a liquid fuel is absolutely necessary (maybe for backup generators in hospitals). But it is certainly not the answer to large-scale substitution of hydrocarbon liquids.

There’s an over-arching question back of all the technical details about scalability and resource requirements: Is a costly, energy-intensive, and inefficient process like the one under discussion the best way to reduce atmospheric CO2 or produce fuel? Perhaps we should try thinking differently about what we need liquid fuel for in the first place, and how to dramatically reduce that demand. And perhaps we should look to more sustainable, nature-based ways of sequestering carbon.

Further, the transition away from our current societal dependence on depleting, climate-changing fossil fuels will almost certainly entail a redesign of our economic system so that it no longer depends on constant growth. Even if the Keith process works as advertised, if fully implemented its cost would, as mentioned above, be equivalent to current world annual GDP growth. But policy makers have refused even to consider post-growth policies as a component of climate action. The Keith process is billed as a lifeline for our current way of life, but in fact it doesn’t do much to address the core challenges we face. 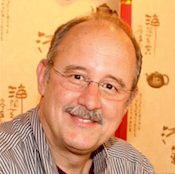 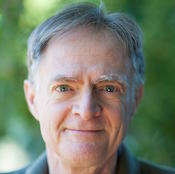 Since 1995, David Fridley (left) has been a staff scientist at the Energy Analysis Program at the Lawrence Berkeley National Laboratory in California. He is also deputy group leader of Lawrence Berkeley’s China Energy Group, which collaborates with China on end-user energy efficiency, government energy management programs, and energy policy research. Mr. Fridley has nearly 30 years of experience working and living in China in the energy sector, and is a fluent Mandarin speaker. Prior to joining the Lab, he spent 12 years as a consultant on downstream oil markets in the Asia-Pacific region and as business development manager for Caltex China. He has written and spoken extensively on the energy and ecological limits of biofuels. David is co-author with Richard Heinberg of Our Renewable Future: Laying the Path for One Hundred Percent Clean Energy (2016).

Richard Heinberg is one of the world’s foremost advocates for a shift from fossil fuel dependence. He is Senior Fellow at Post Carbon Institute, the author of 13 books, and his essays have been published in dozens of places such as Nature, The Wall Street Journal, CityLab, and Pacific Standard. Richard’s animations Don’t Worry, Drive On, Who Killed Economic Growth? and 300 Years of Fossil Fuels in 300 Seconds (winner of a YouTubes’s/DoGooder Video of the Year Award) have been viewed by nearly two million people.