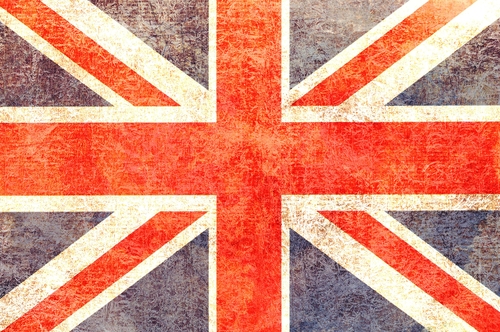 LONDON — U.K. Energy Secretary Ed Davey promised to give industry more clarity about power market reforms due next month, seeking to allay the concerns of renewable and nuclear power developers that ministers are bogged down in analysis of the problem.

Davey also suggested he’ll set a target for cutting carbon emissions in the power industry. That measure has been sought by companies from wind turbine maker Vestas Wind Systems A/S and nuclear reactor manufacturer Areva SA, as well as his department’s adviser, the Committee on Climate Change.

“We have listened to investors and today have set out further measures to provide the certainty they need,” Davey said in a speech to business leaders today in London. “A strong case has been made by many investors in energy infrastructure for a decarbonisation target range for the power sector. Such a range would make clear our continued commitment to our climate goals.”

The law, published in draft form on May 22, aims to restructure the power market and spur 110 billion pounds ($177 billion) of investment needed for aging power stations and upgrading the grid by 2020. Davey said lawmakers will see his final proposals next month and vote on them by Christmas.

Prime Minister David Cameron said yesterday the government will put into the legislation a measure forcing energy suppliers to charge each customer at the lowest available rate. The surprise proposal was not included in the May 22 draft, which focused on energy supply rather than demand.

Cameron’s statement caused “chaos in the energy industry,” Caroline Flint, the shadow energy minister for the opposition Labour Party, said in Parliament today. Neil Bentley, deputy director general of the Confederation of British Industry, said the pace of reform is “frustrating” and risks falling victim to “paralysis by analysis.”

“Let’s stop arguing over the energy mix and focus on attracting investment to create jobs and growth as quickly as possible,” Bentley said. “There is no business case for putting billions of pounds into these long-lived assets if investors cannot see a long-term, stable policy framework. Right now, the policy future looks too much like a blank canvas.”

Davey, a Liberal Democrat, has advocated quicker expansion of renewable energy. Chancellor of the Exchequer George Osborne, a member of Cameron’s Conservative Party, has supported gas and on Oct. 8 announced possible tax breaks for shale production.

Davey said he’ll lay out measures to drive down energy demand in the legislation. The draft suggested a guarantee for prices for low-carbon electricity through so-called contracts for difference and would set up a “capacity market” where producers are paid for providing back-up supplies when wind, solar and marine power fall short.

Oil and coal-fired power plants with 14 percent of the nation’s capacity are due to retire by 2015 as older plants are retired and tighter pollution rules force others to close. The government also is seeking to encourage new nuclear stations to replace the current plants due to shut by 2030.

With the proposed reforms not due to enter into force until 2014, Davey said he will seek powers to provide “comfort” for investors that want to make a decision in the next 15 months. Those include Electricite de France SA, which wants to decide on a new nuclear plant at Hinkley Point, and about “half a dozen renewables developers for wind and biomass,” he said.

Asked whether he would agree before year end on a “strike price” for the power produced by the Hinkley Point station when it’s built, Davey said the “comfort” will take the form of “enabling contracts” that will include a strike price.

Davey said he has “taken on board” investor concerns that they want a “robust” counterparty to guarantee the long term power prices secured in the contracts for difference. He said the counterparty will probably be a company owned by government.

He also said the department identified “shovel ready” projects that ministers can clear quickly and that the government intends to remove a “legal ambiguity” in 1986 laws about natural gas, which could bring 160 million pounds of investment over eight years.

Cameron’s government sees the energy issue as increasingly pressing. The electricity grid regulator is warning that supplies will tighten in the coming years, and companies such as Centrica Plc’s British Gas, RWE Npower Plc and Iberdrola SA’s Scottish Power Ltd. have boosted charges for customers in recent weeks.

Speaking in Parliament today, John Hayes, a junior minister in Davey’s department, confirmed Cameron’s remarks. “We want to use the energy bill to get people the lowest tariffs,” he said.

Cameron last night met with Cabinet ministers to discuss the energy agenda. He’s also working on a Growth and Infrastructure Bill that will make it easier for utilities to change their designs in mid-project.

“The bill we are publishing today is all about helping our country compete in the global race and building an aspiration nation where we back those who want to get on in life,” Cameron said in an e-mailed statement. “We are slashing unnecessary bureaucracy, giving business the confidence to invest, unlocking big infrastructure projects and supporting hardworking people to realize their dreams.”