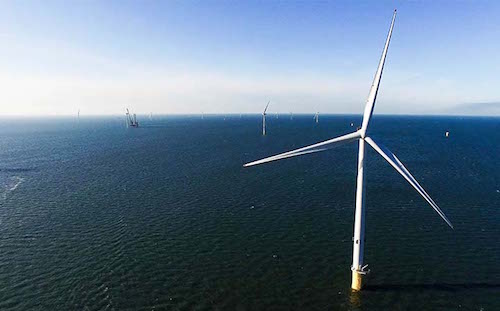 MHI Vestas, supplier of the 8-MW wind turbines for the project, said it joined the companies for the inauguration of the project.

“There has been a lot of public interest in this project due to it being the first time the 8-MW turbines have been installed offshore, so we are absolutely delighted that Burbo Bank Extension has been fully commissioned and is now providing clean energy to the U.K.,” DONG Energy Project Director Claus Bøjle Møller said in a statement. 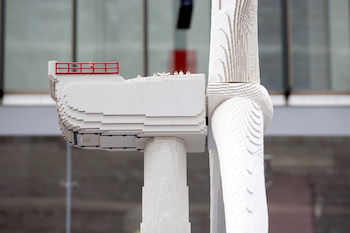 LEGO Group said that with its investment in two wind farms, including the Burbo Bank Extension project, the company has achieved its goal of balancing all of its energy use with energy from renewable sources.

The company said that the total output from the investments by the LEGO Group in renewables now exceeds the energy consumed at all LEGO factories, stores and offices globally. In 2016, more than 360 GWh of energy were used by the LEGO Group to produce the more than 75 billion LEGO bricks.

LEGO Group said that it celebrated the milestone by building the largest ever LEGO brick wind turbine.

Built with 146,000 LEGO bricks, the wind turbine stands 7.5 meters tall and is a tribute to the record 200-meter tall wind turbines of the Burbo Bank Extension wind farm, the company said. LEGO Group said that the LEGO wind turbine will be located at the LEGOLAND Windsor Resort in the U.K. this summer.