Recently, I asked a meeting of Atlantic-state policymakers a question: How many had ever started a brand new industry?  Not many raised their hands.  But, in fact, that’s precisely what they’ve been doing.  In six East Coast states – Massachusetts, New York, New Jersey, Rhode Island, Maryland and Connecticut – state policymakers are taking the critical steps to create a new American heavy industry, which promises to ultimately generate 160,000 new U.S. jobs and gigawatts (GW) of low-cost, clean offshore wind power (OSW) for consumers and businesses on the Atlantic seaboard and beyond. 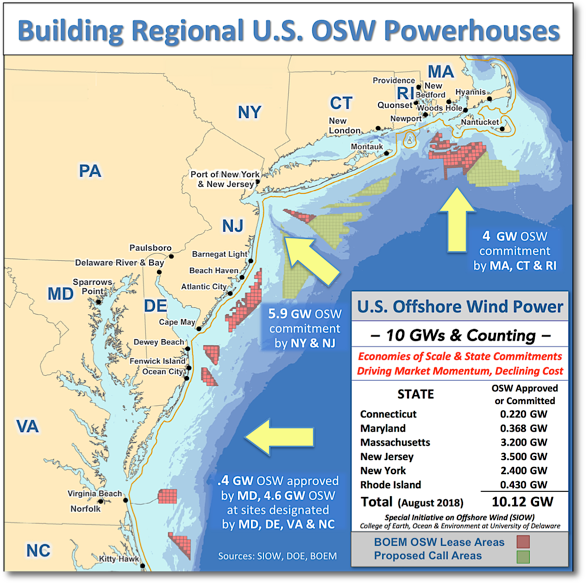 By making firm commitments to more than 10 GW of OSW (see list below), these states are taking the lead and laying a foundation for a booming new U.S. offshore energy sector, one that will strengthen America’s all-of-the-above energy mix by tapping into a vast homegrown resource and market, and help the nation achieve not just energy independence but energy dominance in the global economy.

Bigger is Better – And Essential for OSW Success

This commitment to scale confirms one of the secrets to success and key milestones on the roadmap to realize America’s OSW potential — bigger is indeed better. For OSW, big is essential for driving the economies of scale necessary to spur industry momentum, market competition and declining costs.

The latest proof points in U.S. OSW progress are clear to see: 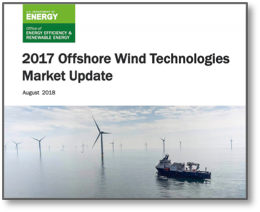 By going big, state policymakers are enabling OSW developers to build a thriving new U.S. heavy industry, one that finally has reached America’s shores after years of generating cost-effective electricity in Europe. Now it’s time to take another important step — shifting from competition among individual states for which can go biggest, to collaboration between states – early and strategic — to build strong regional OSW powerhouses that take competition and scale to the next level. States that do so will benefit most — in jobs, supply chain and low-cost power.

No doubt, this will require new ways of thinking, operating and working together. But creating a brand new OSW industry is an extraordinary task — one that requires both scale and state actions to empower markets. Over the past few years, the Special Initiative on Offshore Wind has conducted research confirming that these are the secrets for U.S. OSW success. In 2015, a study for the State of New York quantified the importance of scale to reduce OSW costs for ratepayers and increase economic benefits for the state. In 2016, a study for the State of Massachusetts found the best way to drive down costs was making clear commitments to a BIG OSW market. 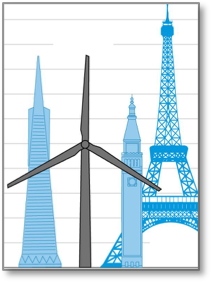 Two years later, U.S. OSW is on a roll — with policy support from state houses to the White House and market momentum that won’t quit. “Going big” is getting even bigger, and the economics are positioning the biggest, smartest regions to win. Collaboration may seem a tall order for states with a history of competing. In reality, they’re not mutually exclusive. It’s not collaboration versus competition — it’s collaboration to set a playing field for the most productive competition. By combining their scale, the best regional teams will be more competitive and drive more benefits to their region and individual states. States that go it alone risk falling behind.

Not surprisingly, smart states are moving aggressively to form regional OSW teams. When Massachusetts and Rhode Island announced their first utility-scale OSW contracts, they did so jointly — with 1.2 GW going into contract negotiations. Connecticut signed-on soon after, adding 200 MW to Rhode Island’s 400 MW share. Together, these three states have committed to 4 GW of OSW, almost 40 percent of the U.S. total. Their joint action on contracts signals a willingness to coordinate where it makes sense on key decisions about supply chain, transmission, port assets and further procurements to enable a robust New England OSW powerhouse.

New York and New Jersey have the resources and record to build a formidable OSW team. Together, they’ve pledged 5.9 GW of OSW, almost 60 percent of U.S. commitments, and share an ocean resource in the New York-New Jersey Bight from Montauk to Cape May. They also share the Port of New York & New Jersey, including New York Harbor, one of world’s largest and a potential OSW manufacturing and staging area. Both states are on parallel tracks for big OSW procurement.

Further down the East Coast, Maryland has awarded OSW contracts totaling 368 MW. Together with North Carolina, Virginia and Delaware, these four Mid-Atlantic states have designated sites to develop 4.6 GW of OSW. 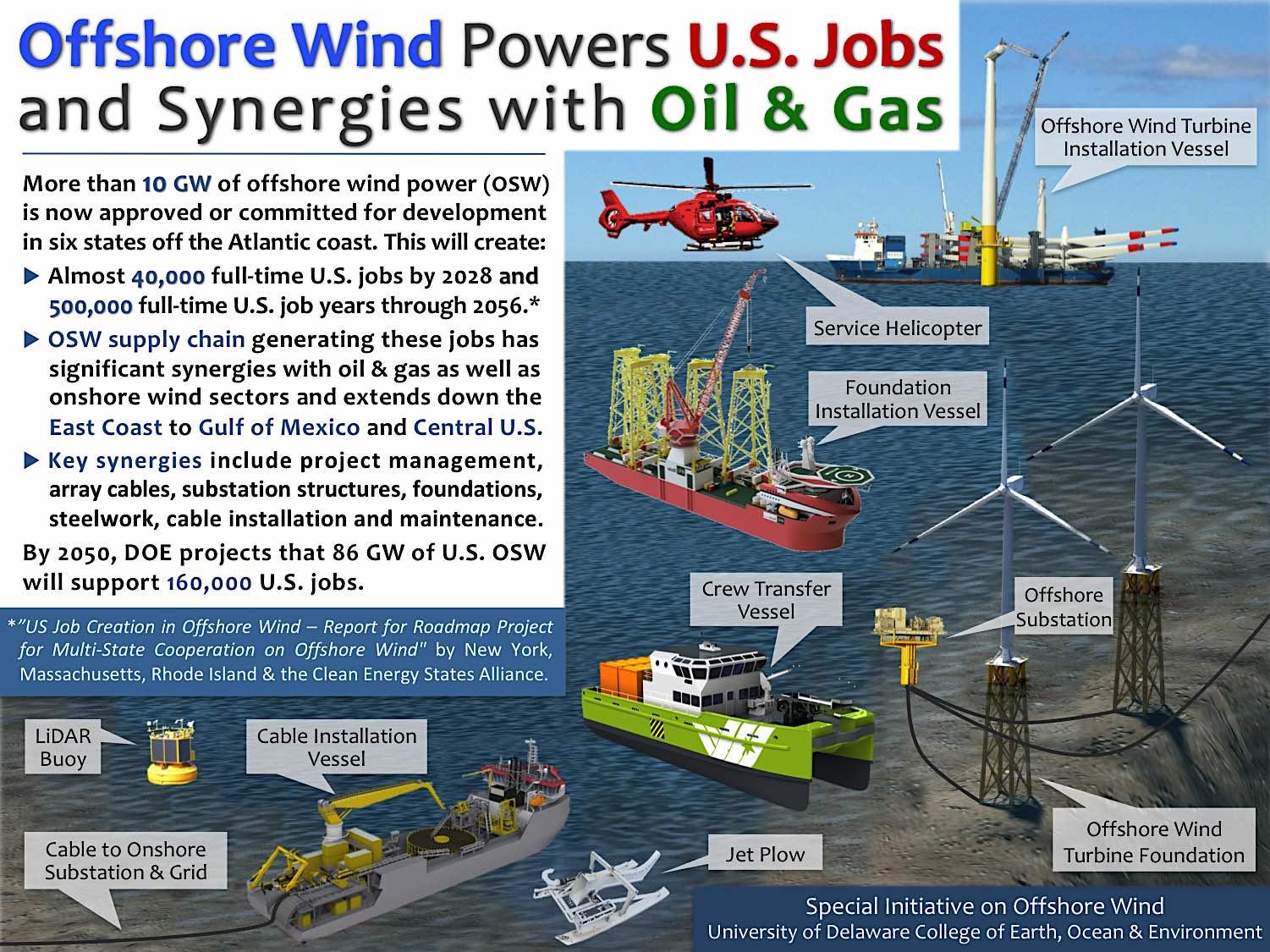 Working together, states can streamline approvals for federal lease areas. They can synchronize goals to attract developers, spur competition, cut costs and limit conflicts. They can build transparency to gain support from regional stakeholders. The benefits in jobs, growth and low-cost power make it well worthwhile for states to seriously collaborate to better compete.

America’s OSW future is booming and bright – and well underway. It’s being driven by U.S. know-how – across many sectors – and policymakers acting to unleash the power of the U.S. marketplace. Far-sighted states are taking the lead in staking out OSW commitments, creating regional powerhouses and competing as teams to capitalize on this great industrial opportunity.

Winners will be the best regional OSW teams and their respective states. Regions are already sizing up competitors, scaling up GWs and sprinting out of the gate. Let the U.S. regional OSW competition begin – 10 GWs and counting!