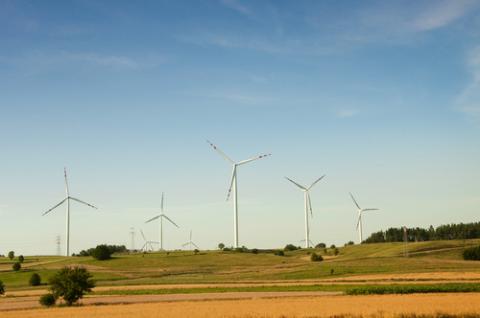 Rio Bravo plans to bring its first 503.5 megawatts of wind energy on line by the end of this year and will at least double that by 2017, said Paulo Bilyk, its chief investment officer. The Sao Paulo-based company needs 1.5 gigawatts to 2 gigawatts as it plans to go public within five to six years, he said.

“We’d like to build one of the biggest renewable energy companies,” Bilyk said in a March 6 interview in Sao Paulo. “Brazil needs energy. Even if Brazil’s economy grows at just 1 percent to 3 percent a year for the next five or six years, we won’t have enough energy.”

Rio Bravo is competing with companies such as CPFL Energia SA’s CPFL Energias Renovaveis and Renova Energia SA, which is controlled by Light SA and Cia. Energetica de Minas Gerais. Wind poweris dominating government auctions, with projects totaling 12 gigawatts registered last week to compete in 2014’s first round of bidding, four times that of the second-largest source, natural gas. Rio Bravo isn’t participating in that round.

The company is in negotiations with potential financial partners for its planned expansion, said Cid Resende, Rio Bravo’s head of infrastructure investments. He declined to identify the companies Rio Bravo is talking to.

Brazil has 148 wind farms with an installed capacity of 3.6 gigawatts, according to the Brazilian wind power association, known as Abeeolica. The group forecasts that by 2017, the total will reach 8.7 gigawatts.

In two 2011 auctions, Rio Bravo won contracts for its wind farms at an average rate of 120 reais ($52) a megawatt-hour, Resende said. That compares with an average of about 135 reais a megawatt-hour for small hydropower and biomass plants in the most recent government power auction, in December, according to the energy research center, known as EPE. Wind projects in that auction averaged about 119 reais.

Gamesa and Impsa are experienced manufacturers of the equipment, while Weg will be supplying its first turbines to Rio Bravo. Weg is the only Brazilian turbine maker, and foreign companies have faced challenges in getting accredited for financing from the country’s national development bank, known as BNDES.

Weg didn’t respond to an e-mail request for comment.

“Weg has no issues getting accredited for BNDES financing, it has the availability in its factory and it had the best price for us,” Resende said. “We know being first could make for some operational difficulties, but that’s the cost of learning.”