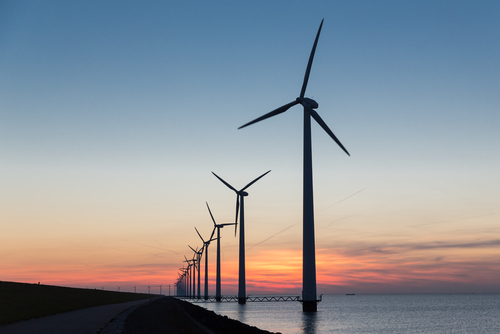 Dong Energy A/S is moving ahead with work on what will become the world’s biggest offshore wind farm once it’s complete, a facility generating 1.2 GW of power off the Yorkshire coast in the U.K.

The Hornsea Project One wind farm may cost $5.7 billion, according to Bloomberg New Energy Finance. The Danish utility said the project is its largest ever financial commitment and is due to be complete in 2020, according to a statement on Feb. 3. A spokesman for the company said it would be a multiple of 1 billion pounds ($1.4 billion).

Offshore wind is the only major renewable energy source not to face cutbacks in subsidies since Prime Minister David Cameron’s Conservatives won the election in May. In November, U.K. Secretary of State for Energy Amber Rudd vowed to support the growth of installing turbines at sea, saying it is “one area where the U.K. can help make a lasting technological contribution.”

The U.K. government awarded Hornsea One a 15-year contract for difference with a strike price of 147.42 pounds per MWh in an auction on April 2014. The company also won government contracts to develop the second and third phases of Hornsea, which would add another 3 GW of capacity to the U.K. grid.

The projects will be a major contributor to Dong’s target to install 6.5 GW of offshore wind by the end of the decade.

“Reaching our strategic target is important as volume is required to reduce the cost of new technology,” Henrik Poulsen, chief executive officer of Dong Energy, said in a statement. “It is vital in order to make all players in the value chain advance up the learning curve.”

Onshore construction work will start immediately, with offshore works due to begin in 2018. First power from the site is expected in 2019, with the project fully commissioned by 2020, the spokesman said.

Brent Cheshire, head of Dong’s U.K. unit, last month said neither a British departure from the European Union nor the precipitous drop in oil prices will derail its plan to invest 6 billion pounds ($8.7 billion) in wind farms off the U.K. coast by the end of the decade.