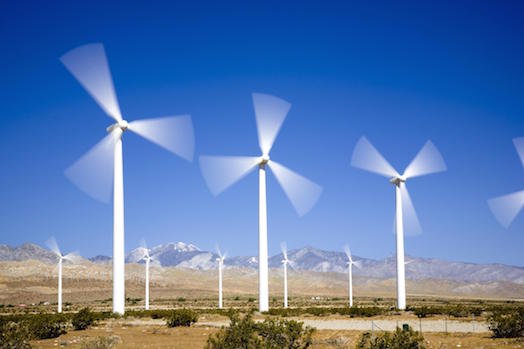 The American Wind Energy Association (AWEA) remains optimistic that an extension to the wind production tax credit (PTC) will pass in Congress by the end of the year, Rob Gramlich, senior vice president, government and public affairs for AWEA, said on Oct. 22.

“Obviously there is a lot of waiting to see how the House leadership shakes out,” Gramlich said during a webinar on AWEA’s U.S. Wind Industry Third Quarter 2015 Market Report. “That needs to be resolved before legislative plans can be made.”

Under the most recent PTC extension, projects by the end of 2014 needed to demonstrate start of physical construction or have incurred 5 percent of capital costs in order to qualify.

Gramlich said that while Sen. James Lankford (R-Okla.) in early October introduced the PTC Elimination Act, a bill that by 2026 would phase out federal renewable energy tax credits, including the wind PTC, the only “real game in town” is a tax extenders bill passed in July by the U.S. Senate Finance Committee.

“There are hundreds of bills on a number of topics, but the thing to really keep your eye on is what is raised in the relevant committees, and what actually passes those committees,” he said.

According to Gramlich, the industry now will watch how the macro package in the Senate’s extenders bill comes together by early to mid-December and how the U.S. House of Representatives responds to the bill.

The National Renewable Energy Laboratory (NREL) estimates that, under a business-as-usual scenario in which the PTC is not extended, wind capacity installations would be between 3 GW and 5 GW per year through 2020. By comparison, NREL estimates that a business-as-usual scenario with a PTC extension could produce average annual wind capacity installations of 10 GW.

Hannah Hunt, research analyst for AWEA, said during the webinar that, based on historical 4Q performance, she expects that there will be a surge in the total installed capacity in 4Q15, as companies wrap up construction for the winter.