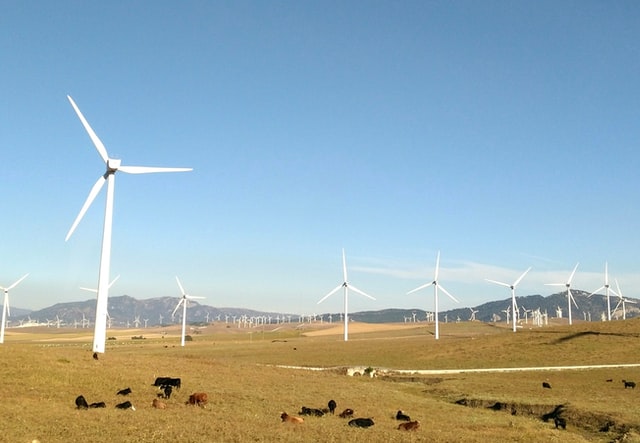 The project will consist of 111 turbines and have a total generating capacity of 306 MW, once completed. The portion sited on state trust land will include 74 new wind turbines with a total generating capacity of 207 MW. The entire wind farm should be operational by the end of 2020, and the output of the wind farm will be delivered to the Public Service Company of New Mexico (PNM).

As work proceeds, crews are practicing social distancing and best practices during COVID-19.

Alejandro de Hoz, President and CEO of Avangrid Renewables said he is excited by the progress of the farm and was pleased to partner with the New Mexico State Land Office on the project.

Commissioner Garcia Richard’s commitment to renewable energy includes her creation in 2019 of the first Office of Renewable Energy at the State Land Office, which is currently working to process over 40 applications for new solar and wind energy projects.

Support for the wind farm includes New Mexico’s Governor and members of the Federal Delegation.

“There are hundreds of thousands of acres of state trust land prime for renewable energy generation, and this project in partnership with Avangrid Renewables, PNM, and their customers really highlights our potential as a state to become a powerhouse for America’s renewable energy future,” Commissioner Garcia Richard said.

“Over the lifetime of the La Joya project, we will raise over $41 million for New Mexico public schools. We are meeting our charge of supporting our beneficiaries with an eye toward diversifying our state’s revenue streams, and renewable energy can play an important role in that diversification,” he added.

“When integrated with our wind, solar and battery storage, PNM is well underway to not only meet the state’s emissions-free mandate but well positions us on the path to 100% carbon free by 2040,” said Tom Fallgren, Vice President PNM Generation.