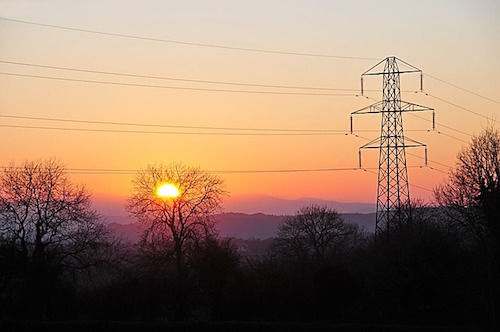 Ok, so I’ll be the first to coin a new clean tech acronym AEV (autonomous electric vehicles)—a complete solution for mobility services and grid flexibility. Imagine a future when you text your utility company at the end of the day the times and locations of tomorrow’s family travel needs and in seconds obtain confirmation. Like clockwork, the AEV shows up in the morning and provides all mobility services scheduled for the day.  And during unscheduled times, the vehicle travels to the most valuable location on the distribution grid to provide distributed energy services using vehicle to grid technology—systems that allow bi-directional power flows to and from an electric vehicle and the grid.

AEVs could provide benefits to the grid in many ways, when not providing mobility services. This could include helping to manage the intermittent production from a large photovoltaic array or wind farm. Fleets of AEVs could participate in wholesale power markets providing reliability services including frequency response regulation and spinning reserves. Alternatively, AEVs could be used to alleviate constraints on the distribution system that help to avoid costly upgrades. The point is that all of these grid services create value, which is on top of the value of mobility services!

Perhaps this is too Jetsons-like, but it may not be as far-fetched as it seems. Autonomous cars are currently a big focus among the Silicon Valley tech crowd, and increasingly the big auto manufacturers are getting on board. For example, Google is investing in autonomous vehicle technology through its Self-Driving Car Project. And Ford Motor Company announced earlier in the year that they are tripling their fleet of autonomous research vehicles this year, which will make the company’s fully autonomous vehicle fleet the largest of all automakers. Ford also recently announced plans to launch 13 new electric vehicle models by 2020, and most other major vehicle OEMs are following suite.

Electric utilities could become the Avis of future AEV fleets, both lowering the mobility costs for its consumers and providing grid flexibility to reduce the overall cost of utility service. Utility investments in an AEV fleet would be considered alongside other investments in distribution line or substation upgrades under a traditional least cost planning framework.

Electric utilities would be entering the mobility service space, which of course is new and unfamiliar.  Through strategic partnerships with any one of the existing or emerging ride-sharing companies such as Uber or Lyft, utility companies could quickly leverage exiting solutions to provide mobility services at scale. Vehicle scheduling aps would become integrated with smart grid systems that provide instructions to the vehicle on where to go and what type of grid services to provide during unscheduled times of the day.

Vehicle to grid (V2G) technology is still very much in its infancy. My academic research and consulting work over the past two decades has played a role in advancing the V2G concept. A 1997 article in Transportation Research-D with co-author Willett Kempton at the University of Delaware established the initial analytical framework for understanding electric vehicles as power resources for utilities. I’m currently involved with an electric vehicle-to-building demonstration project with several partners on a campus in Queens NY. One of the advantages of the model being discussed here it that it would allow utilities to focus the deployment of the V2G infrastructure in concentrated locations that offer the greatest benefit to the power grid.

While this vision sounds pretty cool from a technology stand point, it could also offer real societal benefits by addressing two critical challenges. Roughly one-third of greenhouse gas (GHG) emissions come from the transport sector. Vehicle electrification represents the clearest pathway to lowering transportation-related GHG emissions. In addition, more and more intermittent forms of renewable energy are being added to the grid each day. While current penetration levels of wind and solar have not caused significant reliability concerns, a more flexible grid will be required at some point in the future. AEVs serving as distributed energy storage devices could play a key role in addressing intermittency on grids with high penetrations of wind and solar.