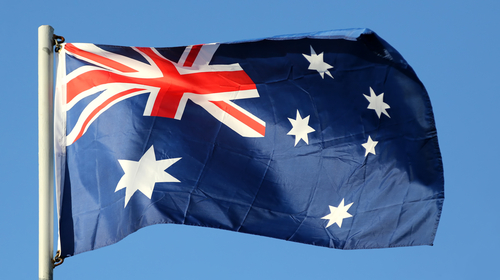 Long-frustrated wind and solar developers in Australia can now get to work on more than A$14 billion ($11 billion) in projects after a new renewable energy target passed parliament.

Acciona SA, the Spanish clean-energy company, will start talks with banks and retailers as it progresses with A$750 million in new wind farms. SunEdison Inc., the U.S. solar company, said it will look at developing large projects in Australia.

“Stability is what the industry has been crying out for,” Jeremy Rich, managing director of SunEdison’s Australian unit, said in a phone interview Wednesday. “Finally we’ve been able to achieve that.”

The legislation passed late Tuesday ends months of policy uncertainty that paralyzed investment in renewable energy projects. Even though the target for large-scale plants was scaled back, developers including Vestas Wind Systems A/S and Senvion SE said having a new policy will pave the way for further spending.

Australia has already seen a solar boom in the residential sector, with about 1.4 million homes putting panels on their roofs since 2001, the most in the world as a proportion of total households, according to the Grattan Institute. The resolution on the renewable energy target is expected to spur significant investment in big solar plants as well.

Solar is forecast to account for almost half of the new large-scale capacity that starts in Australia by 2021, according to Bloomberg New Energy Finance.

First Solar Inc., a U.S. solar panel producer, can move ahead with plans for two or three projects in Australia that depended on a bipartisan deal, according to Jack Curtis, the company’s Asia-Pacific manager.

The industry still faces some challenges. One is financing new projects amid a reluctance by the biggest retailers to sign supply contracts and stagnant demand, Leonard Quong, an analyst at BNEF in Sydney, wrote in an e-mail.

“Resolving the RET is a good step in the right direction, but the thing I’d caution against is sabotaging that outcome by introducing other layers of complications, in the form of new regulation,” Andrew Thomson, managing director of Acciona Energy in Australia, said by phone. “Those things are going to spook investors who are already wary.”

While the new large-scale renewable energy target is expected to attract about A$6 billion less than the previous policy, it’s still expected to lead to about 7.7 gigawatts of new clean energy capacity by 2021, with 3.6 gigawatts of large solar, Quong wrote.

“Over the next three to six months we can probably expect to start seeing some announcements on new investments,” Thomson said. “We can now start planning a way forward.”