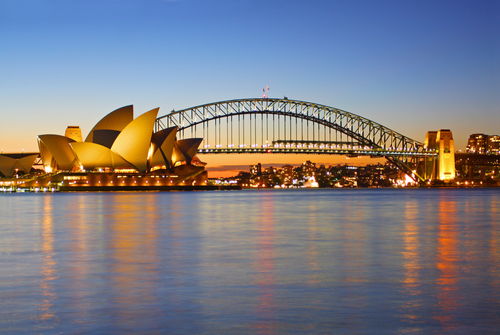 “We will try to facilitate offshore wind,” Hunt said in remarks to renewables investors at a Bloomberg New Energy Finance conference in Shanghai. “There are some significant opportunities that are close to the electricity backbone and I think there are likely to be some major international financing and investment opportunities on a grand scale.”

Hunt’s comments reflect the new government’s shift in attitude toward wind power. Tony Abbott, who was replaced as prime minister in September by Malcolm Turnbull, had directed the country’s clean energy bank in July to stop investing in wind farms. Former Treasurer Joe Hockey once referred to wind farms as “utterly offensive.”

“So long as it produces reliable electricity, that the regulator believes it’s high quality, then that’s all that matters to us,” Hunt said.

None of Australia’s almost 4 GW of wind power is offshore, according to Bloomberg New Energy Finance data. Offshore wind is costly and technically challenging. Even the world’s largest wind market, China, has only a small portion of its wind power located offshore.

“There are no moral qualities either way in different forms of energy or electricity,” Hunt said. “They all have different capacities, so some may be lower cost, some may be lower emissions. And as I’ve said in the Australian context, beauty is in the eye of the beholder.”