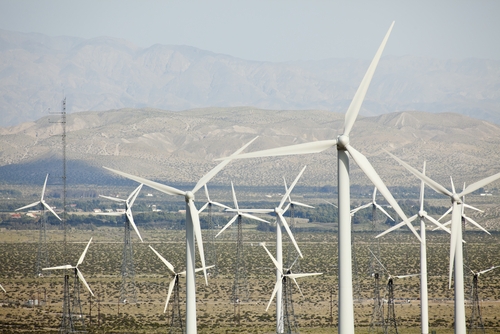 Generadora Eolica Argentina del Sur SA said it will receive the funds to install 1,350 megawatts of Chinese turbines across 45,000 hectares (111,200 acres) in the Chubut province in the nation’s south, Eduardo Restuccia, executive vice president of the Buenos Aires-based company known as Geassa, said in a telephone interview today.

Latin American developers are buying Chinese wind turbines that are packaged with financing that’s less expensive and easier to arrange than loans from local banks, which aren’t familiar with the economics of wind farms. Such deal are especially attractive in Argentina, which has been blocked from international bond markets since it defaulted on $95 billion of debt during a financial crisis in 2001 and 2002.

“Argentina can’t get finance from Europe or the U.S.,” Restuccia said. “That gives the Chinese a unique exclusivity tool” for financing energy projects in the region.

The 12-year loan will have an annual interest rate of 6.25 percent above Libor, the London Interbank Offer Rate, and a two- year grace period, he said. Other than some government credit programs for housing, long-term debt loans are rarely offered in Argentina and commercial rates for short-term debt exceed 20 percent.

“We not only hope, but have good grounds to believe that the financial closing will be around December this year,” Restuccia said in an e-mail yesterday.

China’s Beijing Construction Engineering Group, which will build the project, and the Chinese turbine supplier, which hasn’t been identified, will jointly own 25 percent.

“There are very few financing lines for large infrastructure projects” in the region, Eduardo Tabbush, an analyst at Bloomberg New Energy Finance in London, said in a telephone interview. Lenders including the Washington-based Inter-American Development Bank and International Finance Corp. are still reluctant to lend to Argentina following the default.

The $3.5 billion wind project will furnish 4 percent of the nation’s power once fully operational in 2017, Restuccia said. The first 150 megawatts is expected to start producing power in February 2015, he said. It will be larger than a 306-megawatt cluster of wind farms in Mexico that’s currently Latin America’s biggest wind-energy cluster, according to New Energy Finance.

Geassa expects to receive an initial $1 billion tranche in January 2013 to build the first 300 megawatts and a 295- kilometer (183-mile) transmission line linking it to the grid, he said. Corporacion Andina de Fomento, the Caracas-based development lender, is helping to structure the debt, which will be guaranteed by China’s state-owned export credit insurance owner Sinosure.

Geassa expects to sign this month a 15-year contract to sell power from the project to the wholesale energy administrator Cia. Administradora del Mercado Mayorista Electrico SA, he said. The company was created in 2008 to develop the project and then shelved it after the global banking crisis.

Located 400 kilometers from the nearest port, it will be a “tremendous project,” Restuccia said. “There’s no infrastructure nearby. A city will have to be built at the site” to cater for the workers.