More
Home Wind Power Onshore Are regional transmission organizations the future for renewables in the Southeast? 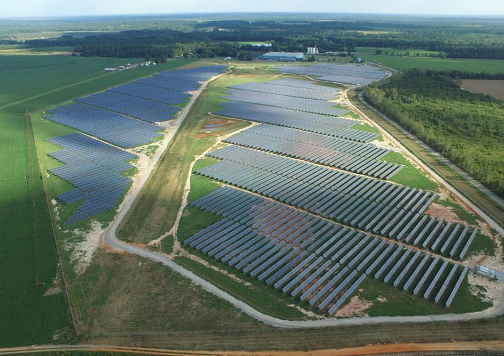 Renewable energy, particularly solar, is poised for significant growth in the southeastern United States. The Southeast has also mostly retained a vertically integrated utility model, and most utilities in the region have not joined a Regional Transmission Organization or Independent System Operator (collectively known as, RTO). Recent developments have led stakeholders and policymakers in the Southeast to rethink whether it is beneficial for some utilities to join RTOs – something that is generally seen as a positive development for renewable energy.

What are RTOs, and why are they important to renewables?

RTOs are overseen by the Federal Energy Regulatory Commission (FERC), administer “deregulated” wholesale power markets, and operate and plan the bulk power system for about two-thirds of customers in North America. In RTOs, utilities typically own transmission and distribution assets, but are generally barred from owning generation assets.

Further, rather than being set by state commissions through rate proceedings, prices for electricity are set via competitive wholesale electricity markets in which a multitude of entities participate, including independent power producers that own renewable resources. Figure 1 below shows a current map of RTOs in North America.

Indeed, much of the development of renewables in the Southeast to date has been driven by the Public Utility Regulatory Policies Act (PURPA), a 1978 law that, among other things, requires utilities to purchase power from renewable resources under certain circumstances. PURPA was originally passed in an effort to open the United States’ power sector to competition. In comparison, renewable energy asset owners in RTOs are able to compete alongside other resources in open and competitive markets and have not needed to rely upon PURPA to get projects built in most cases.

“It is baffling to me how, in some states, ‘we’ suspend capitalism in support of the integrated vertical monopoly business model,” said Steffanie Donn, Director of Government Relations for Southern Current, a solar developer based in South Carolina.

“In these states, this model has created a dependency on PURPA to get renewable projects built. An RTO model would remove this, and other barriers inherit to this antiquated business model by opening up markets and allowing independent power producers to compete and sell their electricity on the open market.”

“Solar now is the least expensive source of new power generation, having these resources compete in an RTO will increase the amount of renewables on the grid, lower the electricity prices and minimize risk for consumers,” she explained.

RTOs in the Southeast

Recent developments have led some policymakers to question the vertically integrated utility paradigm in the Southeast. For example, in South Carolina, the collapse of a planned nuclear resource saddled South Carolina ratepayers with billions of dollars in associated costs that will need to be recovered for years to come. This event in many ways was a catalyst for South Carolina’s passage of the Energy Freedom Act, which is aimed primarily at promoting solar in the state.

Still, others in the Palmetto State believe that additional action is needed in order to further open competition and provide greater benefits to consumers. Most notably, South Carolina’s Senate recently agreed to form an RTO study committee to learn how residents and businesses will benefit from a competitive market structure (although the committee did not get approved in the state’s final budget for this past term).

Similarly, in North Carolina, which already has a small portion of the its territory in PJM Interconnection, the nation’s largest RTO, there is growing discussion among some stakeholders and policymakers about the need for an RTO. In fact, in late April 2019, H.B. 958 was introduced in the North Carolina House of Representatives that would allow the state’s utility commission to require utilities to participate in an RTO or establish a new RTO, and to study associated benefits to the public.

“A growing number of legislators in both North and South Carolina want more wholesale competition in the electricity sector,” says Chris Carmody, executive director of the North Carolina Clean Energy Business Alliance. “This is a bipartisan issue, with Republicans focused on ensuring market competition and Democrats pushing for more green energy. It’s a win-win politically.”

Are RTOs really the answer for renewables in the Southeast?

While there is growing interest in the prospect of an RTO in the Southeast, there remains a question as to whether RTOs are the best path forward for renewables’ growth in the Southeast. This is because RTOs present their own set of challenges for renewables. RTO market rules and operations were not designed with widespread renewable penetration in mind, and accordingly most RTO rules do not fully value renewable energy resource capabilities.

For example, most RTOs lack proper incentives for services from flexible, fast responding resources such as wind, solar and batteries. This discounts the fact that these resources can respond more rapidly to grid disruptions relative to slower-moving resources, such as coal and nuclear resources. A report last year by the Wind Solar Alliance outlines many of these challenges in detail, and makes several recommendations for how a technology-neutral RTO market, as well as planning and operational changes can create fairer opportunities for renewables in RTOs.

Furthermore, a recent article authored by the Natural Resources Defense Council critiques PJM for lagging behind other RTOs in terms of promoting renewables. This is especially important because PJM is the closest RTO to many utilities in the Southeast, meaning that if any Southeastern utilities were to join an existing RTO, PJM would be the most likely destination (especially for utilities in the Carolinas).

Importantly, vertically integrated utilities and state regulators in the Southeast have recently shown more willingness to deploy renewables. For example, in early 2019, Florida Power & Light announced plans to increase its portfolio of solar energy to 20% of its energy mix by 2030, up from the current 1%.

Additionally, earlier this month regulators in Georgia ordered Georgia Power to double the amount of solar it was planning on installing over the next five years. Whether actions such as these represent the beginning of a broader trend of Southeastern utilities and regulators embracing renewables remains to be seen, however, they are positive developments for renewables in at least the short term.

As stakeholders and policymakers continue to grapple with the question of whether expanding RTOs in the Southeast is the best path forward for renewables, they should be aware that not all RTOs and their rules are necessarily compatible with widespread renewable deployment, and that vertically integrated utilities can also provide opportunities for wider renewable deployment under the right set of circumstances and with proper regulatory oversight. Whether RTOs expand in the Southeast remains to be seen, but this is an important issue that all renewable energy stakeholders and interested policymakers should continue to follow closely.

Steven Shparber is an attorney in the Washington, D.C. office of Nelson Mullins Riley & Scarborough. As a member of the firm’s Energy & Utilities Industry group, he frequently provides strategic counsel to new participants in wholesale power markets, and advocates for new market opportunities on behalf of renewable energy providers and national renewable energy trade groups. Contact him via email, steven.shparber@nelsonmullins.com.