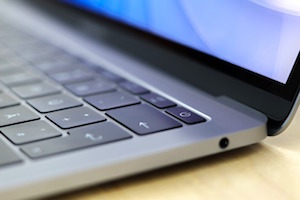 Apple is 100 percent renewable, and it’s time for everyone else to pick up the pace.

The tech giant recently announced that it has achieved fully renewable operations across its network of data centers, offices and stores. The news reflects a six-year effort, culminating in huge investments in renewable energy projects across the globe. In a press release announcing its achievement, Apple stated that it’s setting “an example for others to follow.”

Enterprises and institutions should view Apple’s exhortation as an urgent call to action. Because, while corporations are increasingly setting renewable goals, many of these targets  are insufficiently ambitious. Apple’s achievement, and similarly impressive renewable procurement from Microsoft, Google, Amazon, and others, is an indication that corporates can buy renewables at scale more quickly, and more economically than they ever imagined possible.

For companies across sectors, reaching significant renewable targets 20 years down the line is no longer impressive, noteworthy or particularly useful. The health of our planet requires greater urgency. Fortunately, buying a high percentage of renewables in the near term is eminently doable. So, how can companies outside of Big Tech speed up their path to 100 percent — especially when renewable energy procurement has traditionally been costly, complicated, and risky?

What All Businesses Can Learn from Apple’s Renewables Journey

On the spending and staffing front, no enterprise can match Big Tech. Last December, Apple’s cash reserves surpassed $285 billion. Its environmental initiatives are headed by the former head of the EPA. Al Gore sits on its board. But while Apple can afford to gamble on expensive and risky renewable energy projects — 25 currently underway, with 15 more in the pipeline — and high-value hires, the number of organizations that can match this headcount and financial power can be counted on one hand.

For businesses outside of Big Tech, the renewables journeys of giants like Apple, Google and Microsoft can seem aspirational at best. Yet there are strategies behind Apple’s six-year journey to 100 percent renewable operations that every organization pursuing a timely renewables strategy can incorporate. First is Apple’s prioritization of its biggest energy consumers — its fleet of data centers — before anything else. By beginning its renewables push with a singular focus on the biggest sources of energy consumption, Apple was able to take early strides toward 100 percent (it achieved total data center renewable operations in 2014).

Also notable and important to emulate is Apple’s diversified investments approach to its renewables portfolio. Rather than limiting its investments to a geographically concentrated project pool, Apple sought opportunities around the globe. In addition to its own energy projects, Apple coordinated with regional utilities and regulators to identify and sign power purchaseagreements (PPA) with local projects around the world, in countries like Israel, Brazil and Mexico. These PPAs enabled Apple to power its more remote locations and finally take the company to 100 percent.

Five years is a more reasonable, and attainable, goal. Here are some steps enterprises of all sizes can follow to speed up their path to 100 percent:

As a precedent-setting tech giant, Apple’s renewables announcement is putting needed pressure on all businesses to solidify timely and comprehensive renewables commitments. Fortunately, the procurement market is evolving, the barriers to entry are being lowered, and corporate renewables procurement is within reach.

Time to nail down a five-year plan.