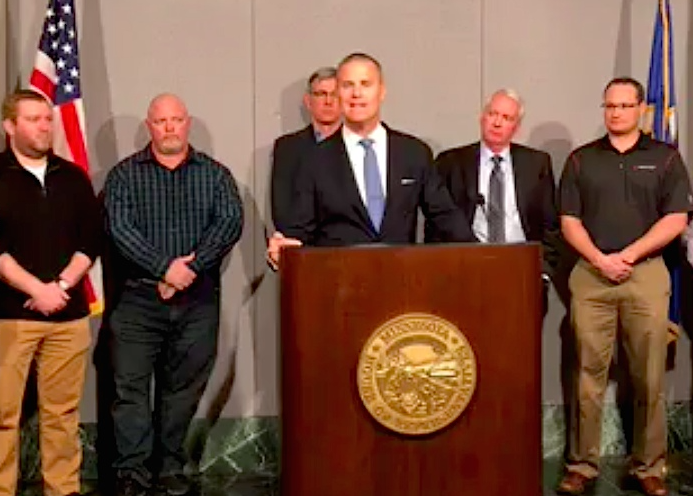 Last year, while overall U.S. jobs grew at a sluggish 1.8 percent, jobs in America’s wind industry grew 16.5 percent — nine times faster. By the end of 2016, U.S. wind employment hit a record-high 102,500 jobs, reaching all 50 states. By 2020, U.S. wind jobs are expected to more than double, to a quarter million, including jobs in communities near wind farms and factories. 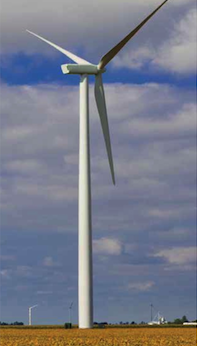 Now more than ever, America is hearing the call to bring back U.S. jobs, revitalize a failing U.S. manufacturing base, and recommit America’s economy to benefiting American workers.

The U.S. wind industry is answering that call — today.

Across the nation, there is a booming U.S. workforce that is powered by the wind. Every new modern wind turbine installed creates on average 44 years of full-time employment for U.S. workers over its full lifetime. Of these jobs, 80 percent are in blue-collar construction, operations, transportation, the supply chain and manufacturing. They include the fastest-growing U.S. job — Wind-Turbine Technician — and substantial numbers of American Veterans, who the wind industry hires at a 50 percent higher rate than the U.S. industry average.

Each wind project also generates tens of millions of dollars for rural America, through jobs, taxes and lease payments to farmers and ranchers, enriching those families and communities.

The wind industry is rapidly expanding, and it’s especially meaningful to be part of an industry bringing jobs to my local community. After serving in the Marines, my wife and I wanted to return to Minnesota to be close to her family, and Vestas and wind provided that opportunity to come home knowing I’d have a career that could last and grow exponentially.” —Will Osborn, Lead Technician, Vestas, Veteran, US Marine Corps.

Wind is winning in the marketplace because of its proven reliability and market-beating cost, down 66 percent since 2009. It’s the cheapest source of new electricity and a growing, secure presence on power grids across much of the nation, attracting utilities such as Xcel Energy and MidAmerican Energy and corporate buyers including Amazon, General Motors, Google, Target and 3M. 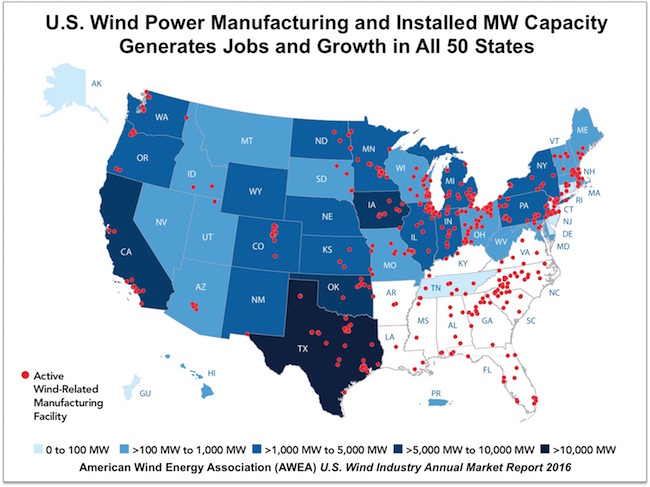 Bottom line: The U.S. wind industry is a major driver of economic growth in all 50 states of our union. It is also a key contributor to U.S. energy independence and resiliency, reliably delivering more homegrown, wind-generated electricity over America’s power grid. Wind generation rose almost 19 percent in 2016 and now supplies 5.5 percent of U.S. electricity. 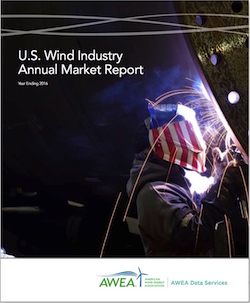 That’s very good news for America’s heartland, where wind power has arrived in a big way. Wind development plays an important role in advancing energy and economic renewal in rural America, the Rust Belt and Midwest states, and has bipartisan backing from large majorities. In last year’s Presidential race, 83 percent of all Americans favored more U.S. wind development. And 74 percent of U.S. Congressional districts have operating wind power projects or wind-related manufacturing facilities, including 77 percent of Republican and 69 percent of Democratic districts.

Wind power is both proven and popular because it’s delivering for Americans — in their wallets, workplace and homes:

Connecting more Americans to cheap wind power will strengthen the nation’s “all-of-the-above” strategy for energy independence, deliver billions of dollars to American communities that need it most, and generate even more wind-powered American jobs and growth. Americans are united on wind.