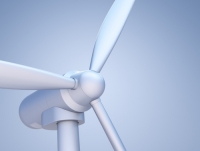 Chisholm View Wind Project, located in Grant and Garfield counties, Okla., is scheduled to begin operations in December. The 405-MW Buffalo Dunes Wind Project will be built near Garden City, Kan., by TradeWind Energy, LLC, with a targeted operation date of 2014.

The two contracts are among the largest agreements for the purchase of energy produced from wind farms among Southeast utilities, Alabama Power said, adding that each gives the company “valuable flexibility. For example, Alabama Power can use the energy and associated renewable energy credits as part of its service to local consumers, or Alabama Power can sell those credits, separately from the energy, to outsiders. In either case, the utility said, “the contracts are expected to provide net savings to Alabama Power ratepayers.”

As described in [Alabama Power’s] Petition and discussed at the hearing, the Buffalo Dunes PPA [Power Purchase Agreement] is expected to bring positive benefits to customers over its term.  Specifically, the delivered price of energy from the wind facility is expected to be below the Company’s projected avoided costs (i.e., lower than the cost the Company would otherwise incur to produce that energy from available marginal resources), with the resulting energy savings flowing directly to the Company’s customers.  Staff has analyzed the PPA and its terms and conditions, and has reviewed the Company’s economic analyses and supporting data in order to test the reasonableness of that data and the associated projections.  In Staff’s view, this information demonstrates that the Buffalo Dunes PPA reflects an opportunity to procure rights to a cost-effective renewable energy resource that can be expected to yield positive net benefits to customers over its term.

This article was originally published in AWEA’s Wind Energy Weekly newsletter and was republished with permission.