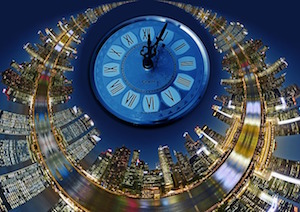 “Today, sustainability sits at the top of the global agenda. In this new era, renewables and hydrocarbons enjoy a symbiotic relationship that is changing the face of the energy world.”

To highlight this, he stressed to a packed auditorium the role that natural gas is playing in operating alongside renewables. “Renewables and natural gas have already begun resetting the carbon clock,” he said.

Later at the launch of ADSW’s Global Action Day, Dr. Thani Al-Zeyoudi, the UAE’s climate and environment minister, told the audience that the progress of renewable energy is “way past the tipping point — soon renewables will be the new conventional energy.”

“Globally, renewables are adding more new capacity than all other forms of generation,” he said. “There has never been a more exciting time for climate action.”