More
Home Energy Efficiency A Study in Emissionality: Why Boston University Looked Beyond New England for... 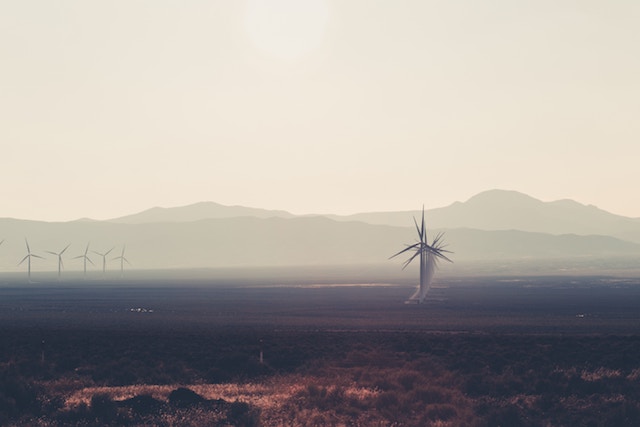 By Katie Ryan and Nicole Arnone

While it’s well known that corporations were some of the earliest trailblazers of large-scale renewable energy purchasing — they’ve closed over 14 gigawatts of deals in the past six years, according to tracking by Rocky Mountain Institute’s Business Renewables Center — higher education has also made impressive strides. In fact, a report released last fall showed that the top 30 renewable energy-buying universities are using around 3 billion kilowatt-hours of green power annually. That’s enough to power 276,000 homes.

Boston University (BU) is among the list of schools that announced major clean energy deals in 2018, signing a 15-year contract with ENGIE North America for 205,000 megawatt-hours (MWh) of wind energy. And as if it’s any surprise coming from the world of academia, their approach offers valuable lessons for the rest of the large-scale renewable energy procurement market.

BU’s Assignment: Displace as Much “Dirty Energy” as Possible

The University said it best in its own 2017 Climate Action Plan: “We are now in a time when [climate change] can no longer be safely ignored, and large institutions like Boston University face a series of choices about how they respond to its challenges.”

BU’s plan of attack had been set in motion a year earlier when it gathered a Climate Action Task Force of faculty, students, and staff to find ways to decrease its greenhouse gas (GHG) emissions as steeply as possible. After a year-long analysis, the Boston University Board of Trustees approved the group’s plan and announced an overarching goal to reach carbon neutrality by 2040.

The central recommendation behind this bold target involved using wind and solar energy to meet all the University’s electricity needs, as well as implementing efficiency and resilience upgrades in campus buildings. Overall, the plan outlined $141 million in capital investment spending over the next ten years to help BU eliminate carbon emissions from its campuses and operations.

After completing some thorough homework, BU proved it was ready to walk the walk with its September 2018 announcement: the University disclosed it would purchase 205,000 MWh of wind energy annually for 15 years beginning in 2020. But, BU looked outside of New England when deciding where to buy, ultimately investing in a wind farm soon to be built in South Dakota. That electricity will then be resold in the Midwestern US, and BU will earn renewable energy certificates (RECs) against its own emissions in Boston. It’s akin to making a deposit in a bank in one state, and withdrawing that money from an ATM in another state. No one questions that it’s your money, even though the literal dollar bills aren’t the same.

The Science Behind the Decision: The Importance of Avoided Emissions

It may seem counterintuitive that BU’s big purchase landed in South Dakota, half a continent away from the University itself, but this decision was anything but random. They hinted at the strategy in their Climate Action Plan:

Evaluating a project’s emissions impact, without sacrificing financial benefits, is a concept we at WattTime have studied in depth; much of our work is focused on shifting energy consumption to prioritize cleaner energy and help renewables compete on the grid. With this in mind, we’ve created a metric to guide new renewable investments, a practice we call “emissionality.” Corporations and other large institutions like BU have already nailed “additionality,” as their investments continue to add substantial new wind and solar generation to the grid, but weighing avoided emissions has rarely been part of the process — until now.

Doing Its Homework: BU Studied the Most Impactful Options Before Sealing the Deal

The sustainability team at BU knew that strategic siting would be central to meeting their goal of maximum emissions reduction. For this reason, they enlisted the help of a few experts to ensure their investment met both financial and environmental impact needs.

BU first looked to another respected leader in higher education — Carnegie Mellon University (CMU) — which shared data on potential displaced emissions for each region under consideration. In addition, Edison Energy — an independent advisor for commercial and industrial energy users — provided information on hourly generation of renewable energy for each project on BU’s list. The data was combined in order to compare each option by avoided emissions in pounds of CO2 per MWh of renewably generated electricity.

As a final step, BU turned to WattTime for real-time data on emissions profiles for power plants nationwide — confirmation of the University’s analysis. Our team determined that a renewable energy investment in South Dakota would have two to three times the positive environmental impact of selecting a project anywhere in New England. With this validation, BU was ready to move forward confidently with its first large-scale PPA.

The End Result: An A+ In Both “Additionality” and “Emissionality”

Over the past two years, BU has set the bar a few rungs higher for large-scale renewable energy buyers worldwide. The University moved seamlessly from initial goal-setting through an analysis and research phase to land on a wind farm selection that checked two crucial boxes: 1) Its investment was essential in making ENGIE’s South Dakota wind farm project possible and 2) BU will at least double its carbon emissions reduction impact based on the location of the project. According to BU’s AVP for University Sustainability, Dennis Carlberg, the effect of the wind investment will be equal to removing the emissions from 33,000 cars per year.

With the help of WattTime and other supporting partners, BU hopes to share what may be its most important lesson of all: that not all renewables are created equal. With the right guidance and data, corporations, universities and others can do even more to shift the direction of the energy transition and the climate change battle, if only we do our homework.

About the authors: Katie Ryan heads up the Partnerships team at  WattTime, a non-profit subsidiary of the Rocky Mountain Institute, which catalyzes a movement to give anyone the freedom to choose cleaner energy easily and automatically. Nicole Arnone is the Client and Media Relations Manager at Inflection Point Agency where she helps mission-driven organizations tell important stories that support their growth and drive high-impact work.

Henry Richardson, Environmental Impact Analyst at WattTime will be presenting at DistribuTECH next month in New Orleans in a session called “Demand Response: A Tool for Emissions Reduction and So Much More.” Learn more about the event here.