More
Home News A ‘monumental day’ for US offshore wind as first turbine is installed... 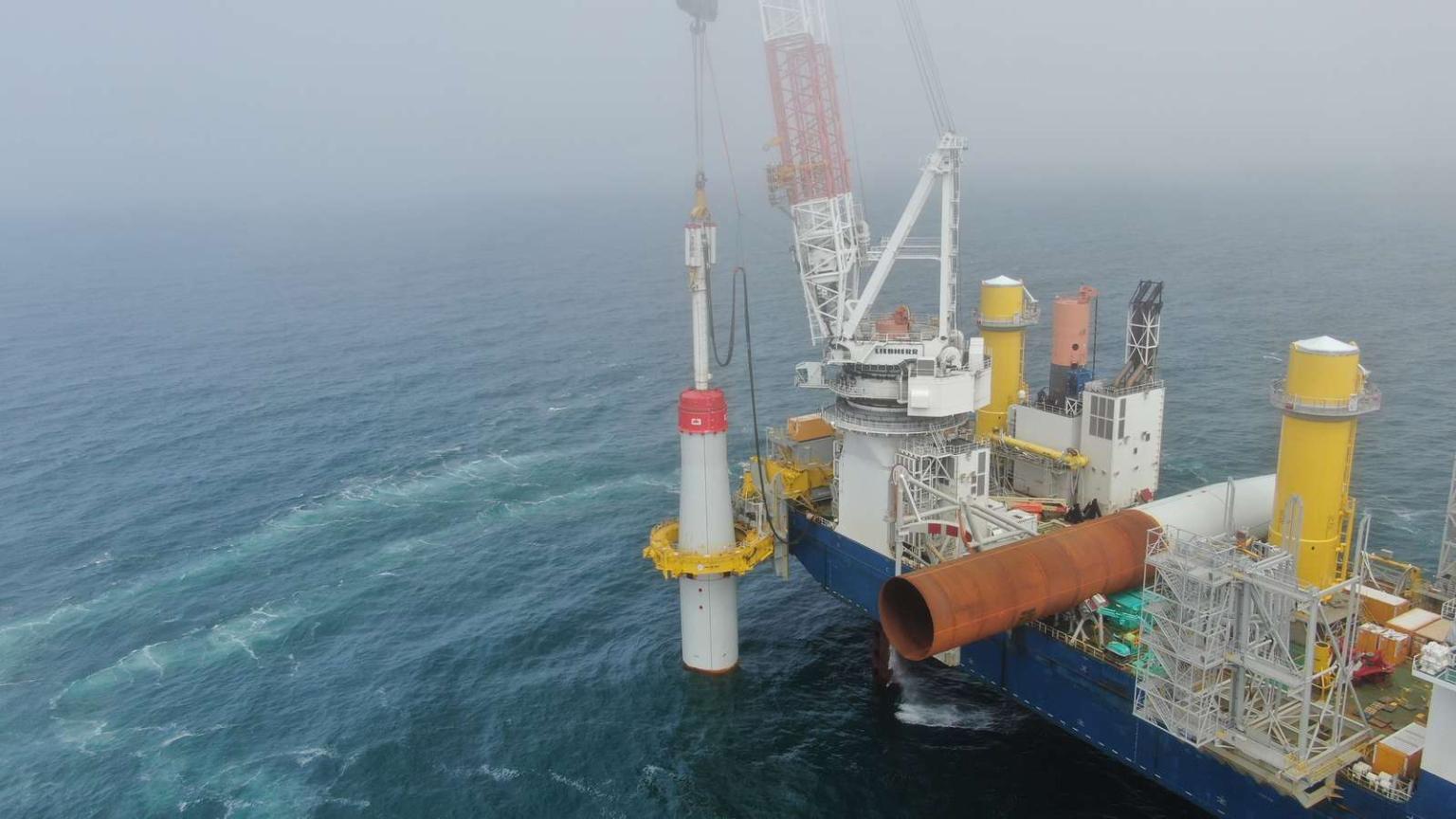 Thomas Brostrøm, President of Ørsted North America announced on LinkedIn that the first offshore wind turbine was installed in U.S. federal waters on Tuesday, May 26. He called it a “monumental day for the U.S. offshore wind industry.”

The Siemens Gamesa 6-MW turbine was installed 27 miles offshore near Virginia and is one of two turbines that will make up the Coastal Virginia Offshore Wind (CVOW) project, a pilot project being developed by Ørsted and Dominion Energy.

The project is also noteworthy because it is the first to receive approval for the Bureau of Offshore Energy Management (BOEM), which is the agency that oversees energy projects in federal waters. The only other U.S. offshore wind project, known as the Block Island Wind Farm, is located in state waters of Rhode Island and didn’t need approval from BOEM.

Other projects are planned up and down the east coast and many are awaiting approval to begin construction.

Dominion’s CVOW project will eventually be a 2.64-GW mega-project that is expected to begin construction in 2024. The company said it began conducting ocean surveys to map the seabed of the 112,800-acre lease area in April. These surveys will help the company determine potential impacts to ocean and sea life and will support the development of the project’s Construction and Operations Plan to be submitted to BOEM later this year.