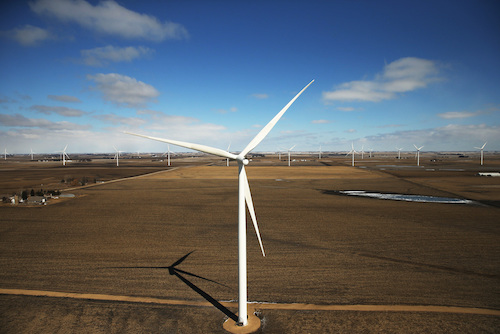 Three wind farms in Texas with a combined installed capacity of 508 MW will undergo repowering this year to improve operational efficiencies and extend the projects’ lifespan.

SGRE said that one agreement covers repowering 362 units of Vestas’ V47 wind turbines at the Indian Mesa and Woodward wind farms in Texas. Both wind farms were completed in 2001. The wind turbine overhaul includes a hardware and control upgrade resulting in an increased output of 710 kW from 660 kW and higher availability for 10 additional years beyond the original design life, according to SGRE.

SGRE expects to complete the project by the end of the year.

Under the second agreement, SGRE said it will repower 210 units of legacy Bonus 1.3 MW turbines at the King Mountain wind farm, which also was completed in 2001. According to the company, this deal represents the first 1.3-MW class repower for any manufacturer.

SGRE also will provide upgraded materials, warranty and commissioning services. When complete, the company, said, King Mountain will realize greater reliability for its 268 MW capacity, and the update leverages the excellent wind resources of the site for a significantly extended lifespan of the equipment.

“The upgrades will improve the reliability of these units by modernizing the turbines to reduce maintenance requirements and sustain overall site availability,” Mark Albenze, CEO of Siemens Gamesa’s Service Business Unit, said in a statement.