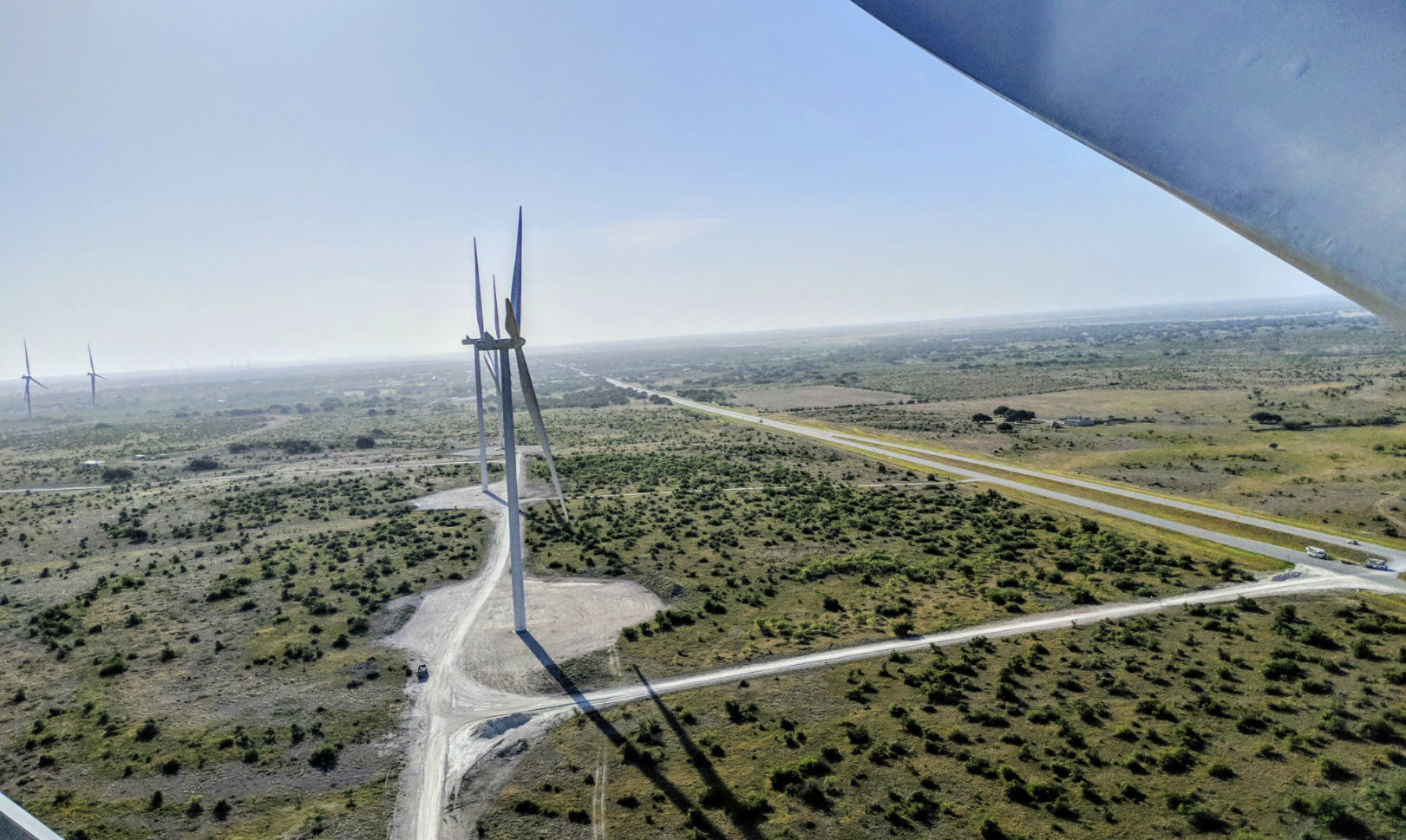 The U.S. connected 6.1 gigawatts of wind power capacity to the grid in the first half of 2021, according to analysis by S&P Global Market Intelligence. The U.S. now has 127 GW of cumulative wind power capacity with a pipeline of 62 GW under development through 2025.

Here are the 10 largest wind farm projects completed in the U.S. (so far) in 2021, according to S&P Global Market Intelligence reports.

Pattern Energy Group began construction on the repowering of its Gulf Wind facility in December 2019, replacing existing wind turbines with 118 new Siemens Gamesa 2.3-MW turbines, for a total new installed capacity of 271 MW. The ultimate owner of the wind farm will be the Canada Pension Plan Investment Board.

The Gulf Wind facility entered into a new 20-year power purchase agreement with Austin Energy for the majority of the facility’s energy production. The remaining output will be sold at merchant power prices.

Over 25 years, Gulf Wind is expected to contribute approximately $90 million to the local economy through tax and landowner payments. The Gulf Wind facility sits on 9,600 acres leased from the Kenedy Memorial Foundation. All monies received by the Foundation support its charitable causes to fight poverty, boost education, and build stronger communities.

Gulf Wind began operation in 2009. In late August 2017, the facility withstood Hurricane Harvey, one of the strongest hurricanes to hit the area in recent history. Following the storm, when the facility was deemed undamaged and safe to resume operations, Gulf Wind returned to supplying much-needed energy to the Texas grid.

EDF Renewables developed the 272 MW Las Majadas Wind Project in Willacy, Texas using 125 Vestas V120-2.2MW turbines. The project reached commercial operation in March 2021 in support of the Texas grid. In 2019, a subsidiary of an investment firm owned by the Abu Dhabi government, Masdar, purchased a 50% stake in the Las Majadas Wind Project, according to S&P Global Market Intelligence.

The wind electricity output purchased by Gap Inc. from the 90 MW portion of Enel Green Power’s 299 MW Aurora project is expected to total approximately 374 gigawatt hours (GWh) each year. The company set a goal to reach 100% renewable energy across its global owned and operated facilities by 2030.

Infrastructure and Energy Alternatives and EDF Renewables North America partnered to build the 299 MW Milligan 1 Wind Farm in Saline County in southeast Nebraska in 2019. Enel Group is the ultimate owner of the project, according to S&P.

The power generated by the project’s planned 99 turbines will be delivered into the Southwest Power Pool electrical grid.

The wind farm, which is located near Nebraska’s capital city of Lincoln, will draw upon power generated from a combination of Vestas V110, Siemens 129 and Siemens 145 turbines.

Liberty Utilities completed its purchase of the 139-turbine, 300 MW Neosho Ridge Wind Project in May. The project is expected to generate savings of $169 million for customers over a 20-year period and $300 million over a 30-year period, according to the utility.

The wind farm reached commercial operation on Feb. 23, 2021. Electricity and renewable energy credits from the project are being sold to Great River Energy and Xcel Energy through power purchase agreements. Southern Power remains the majority owner, while Invenergy has a minority stake in the project.

Apex Clean Energy announced commercial operation and the sale of the 384 MW Isabella Wind Project in Isabella, Michigan to DTE Energy in May, 2021.

The project serves commercial customers -- including Ford, General Motors, and the University of Michigan -- through DTE's voluntary renewable energy program. Isabella Wind Project will generate $30 million in tax revenue and $100 million in landowner payments over the life of the project.

The 492-MW Maverick Creek Wind Project in Concho, Texas, is the largest U.S. wind project to be completed through the first half of 2021.

The project is located in a particularly favorable wind area in central Texas, which is the leading state in the U.S. for wind energy production. RES developed the project, which is owned by Algonquin Power & Utilities Corp.

The wind farm will produce renewable energy credits that, combined with the company’s previous agreement, should equal 100 percent of electricity used annually at General Mill’s domestic facilities, according to a release.